Or something like that. This video actually is a good narrative on why so many Americans find greater government control on our personal lives antithetical to the American way. Watch the whole thing as Paul takes on another busy body from the left.

Like AP at Hot Air, I am not sure the abortion/choice argument holds water but the libertarian Senator from Kentucky is correct. In America we let people choose … not the government choosing for us.

Enjoy the video. The question/statement runs just 3 minutes and is worth every minute. The fumbling answer is classic liberalism. “I’m not restricting choice … it’s light you want.”

Senator Rand Paul’s toilets don’t work, and he blames the Department of Energy.

At a hearing of the Senate Committee on Energy and Natural Resources on Thursday, Mr. Paul lambasted Kathleen Hogan, deputy assistant secretary for energy efficiency at the Energy Department, telling her that the department’s “hypocrisy” and “busybody nature” has “restricted choices” for consumers rather than made life better for them.

“You don’t care about the consumer really,” Mr. Paul said. “Frankly, my toilets don’t work in my house, and I blame you.”

The new standards would make the current form of 100-watt incandescent bulbs obsolete. Those bulbs have long been known to be particularly inefficient, emitting far more heat than light.

AP has an interesting and sarcastic but unfortunately true take at Hot Air.

Abortion is protected by a constitutional right of privacy and/or bodily autonomy whereas consumer goods like toilets and lightbulbs — and health insurance! — aren’t, and are therefore subject to whatever regulation the feds can dream up in the name of the common good. Paul’s confusion stems from his quaint notion that there are conceptual limits on congressional/executive power even if those limits aren’t specifically enumerated.

One word about the light bulbs. Florescent bulbs will soon be the only ones you can buy, as Paul states. But fluorescent light flares LUPUS. Has the WH really thought this one through? 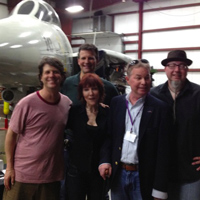 This is your chance to feel like a government bureaucrat…Update

You crazy wacky libertarians you.

Help us “Find The Cure” for Lupus
30 replies

Rep. Ellison brings up bigotry at Congressional hearing – but it never...
Scroll to top