On Nov. 6, I told you how Prop 1 in SeaTac, Washington passed, requiring businesses to pay a minimum wage of $15 and provide paid sick leave. Now, a Seattle City council member – who ran as a Socialist – suggested “workers should take over the factories, and shut down Boeing’s profit-making machine.”

From KIROtv.com, published on Tuesday morning, with my emphasis.

Seattle City Councilmember-elect Kshama Sawant told Boeing machinists her idea of a radical option, should their jobs be moved out of state.

“The workers should take over the factories, and shut down Boeing’s profit-making machine,” Sawant announced to a cheering crowd of union supporters in Seattle’s Westlake Park Monday night. …

On Monday night, she spoke to supporters of Boeing Machinists, six days after they rejected a contract guaranteeing jobs in Everett building the new 777X airliner for eight years, in exchange for new workers giving up their guaranteed company pensions.

Now Boeing is threatening to take those jobs to other states.

Boeings net profit margin has been about 4.8 percent. Not much of a profit-making machine … like Microsoft (28.08 percent) or Apple (21.67 percent), but they must be different for some reason.

Remember when the National Labor Relations Board (NRLB) threatened to sue Boeing? We also wrote about it here. In short, NLRB was going to sue Boeing because they were considering making a bunch of 787 Dreamliners in non-union South Carolina. Of course, the Obama administrations left-wing NLRB was supporting the union in Seattle in every way with the threat of legal action. Eventually, the NLRB dropped the case since the union got a new deal from Boeing and dropped their complaints.

Funny how that works huh? Union says “all is OK” and the federal government dogs back off.

Well, that Boeing union deal was signed-off in December of 2011 and since we’re two years in, it’s time for another group of union hacks and the socialists like Kshama Sawant to start stirring shit up again. That’s right, you read correctly. Boeing is back at the negotiating table again with the machinists union at the plant, and the union is playing hardball.

As a conservative, I know every TEA Party member will agree with me. Boeing should leave Washington immediately. Pull everything out. Tell the locals to go pound sand. I know that’s not possible because of the resources Boeing has invested in the area, but I’d be doing everything possible to ensure any new business expansion was done in a non-union environment.

The growing government hand – looking back 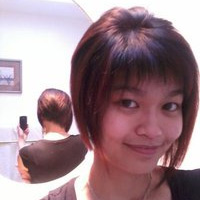 The weed of socialism…

Another Czar, Another Radical
10 replies

FEMA Grants – Another symptom of the disease

To Boehner: It’s too late to just delay Obamacare for a year
Scroll to top