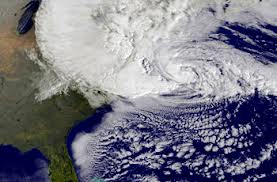 This post is full of information, so ensure you read to the last line and share with everyone! Currently there seems to be three different sets of legislation in Congress that specifically mention Hurricane Sandy.

The Senate legislation (S 3655) is pretty straight forward and provides 39 weeks of unemployment benefits to those eligible for assistance. The federal government would pay 100 percent of the benefits to states with declared major disasters.

The House bill 6581 was short and to the point as well, providing what seems to be something like $12 billion in loan guarantees or grants.

House bill 6683 is a larger effort with a total of 49 pages. (The other two bills were less than eight pages together.) The Hurricane Sandy Tax Relief Act of 2012 seems pretty straight forward and includes tons of references to the storm.

Then we have HR 1 – Full-Year Continuing Appropriations Act, 2011, the multiple personality disorder legislation with eight different names including the “Hurricane Sandy supplemental appropriations bill”.  Originally this bill was create by the House to fund the government through the end of fiscal year 2011, but since the Senate’s congress-critters refuse to pass a budget… we get this ongoing monstrosity.

What’s infuriating is that it’s hard to find this legislation. Do a search for Hurricane Sandy or Superstorm Sandy at Congress.gov and this legislation does not come up. You have to dig a bit and I finally found reference to the bill number (HR 1) passed in the Senate on Dec. 28 over at The Hill. Finally I got there and found it. It’s hard to go through since some of the stuff mentions the hurricane and many line items are not associated with the storm since it’s part of an ongoing appropriations bill.

Are you seeing any funding to restore neighborhood torn apart by the storm yet? Me neither, but eventually you get there. In short, many of those who have read the Senate’s legislation are suggesting at least half of the $60 billion is pork or additional spending sort-of-kind-of-but-not-really-at-all associated with the storm.

More hidden pork here. You can read about the Superstorm Sandy Kickbacks over at The Weekly Standard posted on Dec. 20. Gotta provide the pork to other senators so they will vote for it! And yes, Republicans got their “fair share” to ensure the lefties got the funding in the northeast. This is not a DNC or GOP problem, this is a federal government spending-palooza problem.

Look, the congress-critters and Gov. Chris Christie (R-N.J.) went nuts when the House didn’t vote on the legislation but it’s all political theater since the Senate’s bill only provides 15 percent of the relief spending in 2013 and they have to wait until 2014 to get the rest of the 85 percent.

Symptom of the Disease: I brought millions back to Arkansas – Vote for me!

Congress robs the military to pay… themselves

You thought gun control activists were reasonable?
Scroll to top