I’m questioning future visits to San Francisco until this idiot Gavin Newsom is out of office. He actually smiles as he says the NRA is against “anything that restricts the opportunity for a guy who gets cut off in traffic from pulling out a hand gun and almost assassinating an entire family, as was the case a few days ago in San Francisco, where three people were gunned down. That somehow that is appropriate and wonderful and that person celebrated his freedom to carry a loaded pistol”.

Author note: While I’m away from the computer, I’m republishing my top 20 posts from 2008 each afternoon. -Steve

Is he nuts? He’s trying to pin the drive-by, mid-day, Sunday afternoon, gang-land style attack and murder of a father and his two sons on the National Rifle Association.

[Update July 25] Newsom video courtesy A Keyboard and a .45 and The Real Gun Guys.

Here’s the original story on CBS5.com and here is the video. In short, some gang-banger types murdered three innocent people and drove off. Anthony, Matthew and Michael Bologna were killed.

The guy charged, 21-year-old Edwin Ramos, is being held without bail. Of course, Ramos’ attorney says he’s a fine young man, but then the video report goes on to say that his client (Ramos) may be a member of the notorious MS13 gang. Yeah, a fine young man indeed.

It gets better. HotAir and Fox News reports that Ramos was an illegal alien and he had two previous felony convictions. Megan Kelly from Fox News provides the reporting in this video.

I’m not too familiar with what the city of San Francisco is doing to thwart crime, but I do know that the City by the Bay has the some of the most restrictive handgun laws in the country.

San Francisco does not issue carry permits – unless you are a judge or a government official.

In November of 2006, San Francisco’s Proposition H – which passed and had intended to make it illegal to own or possess a handgun in the city – was tossed out by a Superior Court judge.

So Mayor Newsom, if Edwin Ramos did it, how many San Francisco laws was he breaking already? How can you justify more laws that will not work?

Where do you get off blaming the NRA? Criminals and gang members do not care at all about the extra laws or outright bans that you put on the books to make citizens feel better. They are criminals. Do you think they will turn in the tools of their trade just because you pass another, more restrictive law?

You’re an IDIOT. I blame you for these murders mayor. You promote San Francisco as a sanctuary city and you should pay. These criminal low-lifes seem to have full immunity in your city.

Criminals want to operate in target rich areas. If they knew there was a possibility that a trained citizen with a SIG P239 DAK in .40 caliber was around the corner, they just might elect to not commit a crime or move elsewhere.

See-Dubya has more over at Malkin’s place.

How About Knife Control? 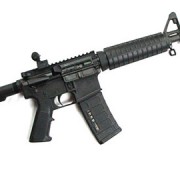 Hartford Courant OpEd: 2nd Amendment does not include “assault rifles” 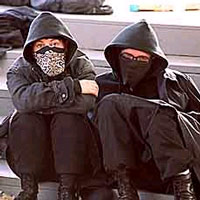