Boy, Dear Leader sure moves fast. From Gateway Pundit …. thank you very much.
Pastor David Jones has been holding his Bible study meetings for 5 years in his home.
…Not any more. (A hat tip to RVO chatter Gillie for this one.)

Bible study in a home has been a regular part of Christian lives for … well … for two thousand years. My church (actually both churches I have attended) runs them and has for years. If towns and cities are going to start applying zoning restrictions to them … my guess is we have begin huddling in “catacombs”? 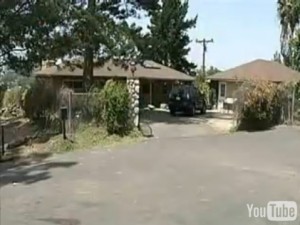 The county employee notified the couple that the small Bible study, with an average of 15 people attending, was in violation of County regulations, according to Broyles.

Broyles said a few days later the couple received a written warning that listed “unlawful use of land” and told them to “stop religious assembly or apply for a major use permit” — a process that could cost tens of thousands of dollars.

Go to Gateway to learn more.

Update (Thanks to Dims for this update) : Too many e-mails and phone calls. San Diego County has reconsidered.

Chandra Wallar, the county’s general manager of land use and environment, said the county has re-examined the situation and decided that the Joneses don’t need a permit after all.

Religious assembly, under the county land-use code, is defined as “religious services involving public assembly such as customarily occurs in synagogues, temples, and churches.”

What made the difference?

As of late yesterday, county Supervisor Greg Cox’s office – which represents the area – reported having received 400 e-mail messages about the Joneses’situation. Wallar said her department has received hundreds of e-mails and phone calls as well.

Keep pushing back folks … it works.