Oh brother. Would someone please tell this guy to stop trying to be just one of the guys. It’s an unforced error my little mobsters.  but is it as bad as the young president laughing at the stimulus failure?

The comment came at some kind of coffee shop in Tampa, Florida as Mitt continues to pile up the endorsements, the cash, and the poll numbers. So generally when you’re leading the pack it’s best just to keep plugging away on your plan and the President’s failures. But instead some staffer must’ve said, “Gov,  you need to loosen up.” Well Governor stop being folksy and just be Mitt Romney.

Maybe I’m just being too hard here. I mean everyone in the coffee shop laughed. And it was kind of cute to see Mitt let his hair down. But somehow I think Just the Way, Romney care neutralized Obama care, this soundbite neutralizes the young president laughing at the stimulus failure. Here’s how the NYT reported this:

The references to Mr. Romney’s own unemployment status added yet another humorous, but occasionally awkward, moment to his ever-growing catalog of off-the-cuff remarks that he makes as he seeks the Republican presidential nomination. He spent the morning doing more listening than talking — a woman in the crowd openly urged him to talk about the deficit — and it was unclear whether he persuaded any voters to join his effort.

Tom Yarranton, 55, lost his job in March 2010. He had spent 31 years as an internal auditor at a manufacturing company. He said he liked Mr. Romney’s mind-set as a businessman, but added that he did not blame Mr. Obama for still being unemployed.

“I’m not mad at him,” Mr. Yarranton said in an interview after the session ended. “It’s amazing in politics. They’re all into pointing fingers at each other. The Republicans right now are so mad at the Democrats, but nobody is doing anything.”

UPDATE: Want a clue as to how the left will spin this? Here you go. Begala and Matlin.

Yeah, Matlin’s right. It was a joke. And Begala wasn’t too outraged over the stimulus joke. Still I think its a neutralizer in some respects. No? 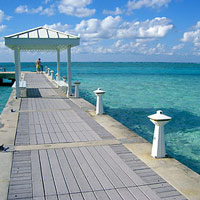 Everyone is Reagan – but we just want a Conservative

The Republican debate: Biden versus Palin and other assorted moments

Romney “parks millions” in offshore Cayman Island accounts – So what?

Republicans Can Be Populists Too
30 replies