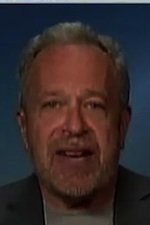 Spoken like a true lefty. Tax cuts for the rich are useless. Tax cuts for the poor stimulate the economy. Yada, yada, etc, etc. I actually want to cut the Harvard professor a break. He’s the economist, I’m not. But to simply dismiss cutting taxes for one group has more economic benefit is absurd on its face. The stark reality is that tax cuts for both are critical to reviving the economy.

For some reason the left is convinced that money exists in a vacuum or that all money is finite and that life would be fine if the rich didn’t hoard or that it should be redistributed. Whatever their belief system, it’s wrong, and I know someone like Robert Reich knows it is wrong. The problem is he is a political animal. It’s not about jobs, it’s about clinging desperately to a often discredited but somehow, never destroyed, belief that wealth is meant to be consumed and the rich just don’t do enough of it. The rich are selfish.

Robert Reich tells us the rich don’t deserve to keep their cash because they won’t spend it the way we want to.

He’s right of course, on savings vs spending, not on a limited payroll tax holiday. As you plot discretionary income over income groups, spending declines and saving and investing increases exponentially as income rises. It, in fact, and Professor Reich knows this, is actually critical to the creation of more capital and more jobs. You see the wealthy (what is that, $150,000 and above?) don’t stuff their discretionary income in mattresses. They consume, they hire, they build and they invest.

That last part is what is most important. It is those Bank CDs that the “rich” park cash in, that give your local banks the capital they then in turn use to make loans for homes, or college or whatever. And the wealthy invest their ill-gotten gains in the stock market, capital companies use to build factories, add new equipment, create jobs. Why, the evil rich even invest in T Bills, Bonds and Notes, which enable helps the Government to pay it’s bills.

Conversely, when you rob them of their hard earned cash you remove that capital from the market, from housing, and business and job creation in the private sector. You know the same private sector that in turn pays the taxes that further help the government pay their bills.

When the government robs capital it is not as if more money will just flow like water and take its place allowing business to continue to grow and expand. It doesn’t. It’s gone. And when the government takes that money and uses it to prop up failing government pension plans, or fund honey bees or SUVs or bail out irresponsible states and pay police and firefighter and yes teacher salaries, the money flow stops on a dime. The state must come back again and again for more. Yes these folks do indeed spend but it is spending that merely maintains activity. There is no capital growth, no need to even hire or produce more goods and services, because such spending is limited to the amount of capital taken, not created from the private sector. It is finite.

Reich knows this and now so do you. The problem with socialism, as Maggie Thatcher so famously and articulately stated, is that sooner or later you run out of other people’s money.

As for the payroll tax holiday … make a full holiday for all at every income level. Stop trying to pick winners and losers. You lefties crack me up.