This is getting enormous play today. A new Associated Press poll states that the public is confident that President Obama has the nation on the right track …. the first time in 5 years.

But not so fast. As our friend Jim Geraghty of the National Review and author of The Campaign Spot pointed out on the show this morning … that right track wrong track poll is just a tad skewed. Jim points out here … that the economic numbers are so depressed that its hard to believe the nation believes we are headed in the right direction … and he would be right. As it turns out … you surely think we’re headed in the right direction, but only if you’re a Democrat.

UPDATE: A reader points out this detail in the story, which explains a great deal: “Of those who say the country is on the right track in the AP-GfK poll, 73 percent are Democrats, 17 percent are independents and 10 percent are Republicans.”

Audio Clip: Make sure you read the whole thing … and click here to hear the relevant portion of today’s interview.

Question: 30 days ago, did you think Herman Cain would be poll leader today? 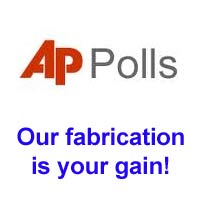 Get the feeling the Dems aren’t that confident about a SCOTUS win for Øbamacare?

Pelosi Denies Reports: “I did not know about torture.” UPDATE: Hoekstra...Napolitano: Blame Canada!
Scroll to top