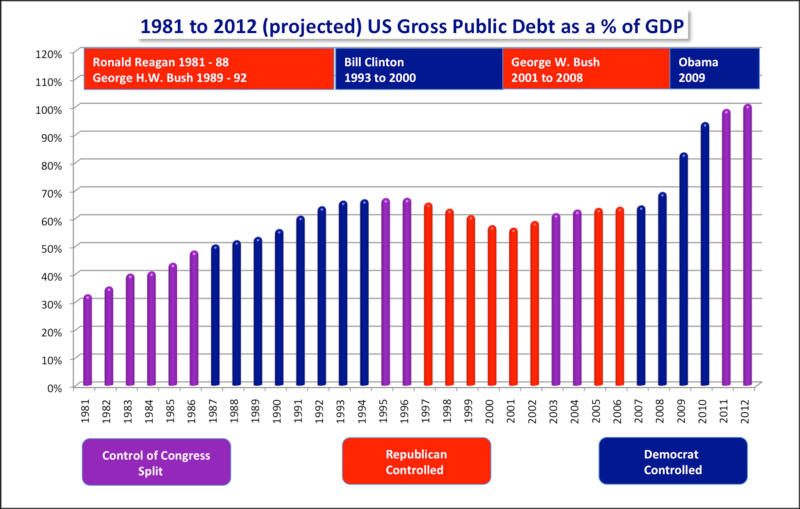 Notice that when purple (split control) the graph generally increases or flattens, when blue (Democrat controlled) it generally increases, sometimes sharply, and when red (Republican controlled) the curve tends to flatten or decrease.   This trend persists, even today, as the latest purple region is starting to flatten, although the jury is still out on the effect that the TEA party influence will have after 2012.  I suspect that their influence will make the purple curve look more like the trends for the full Republican (red) control, but Øbama’s possible reelection might offset that.

And the rich get richer … Washington style

Should Congress get involved with college football?

Pat Caddell Hugh Hewitt slug it out over debt debate