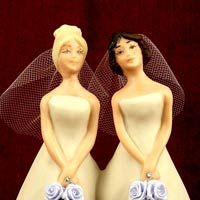 Soon, someone will file suit against the Catholic Church for refusing to marry a gay couple. Trust me, it’s coming. In New Mexico, the state Supreme Court has ruled a photography studio must pay more than $6,500 in attorney fees and court costs because the owners made the personal decision to not be hired by a gay couple to photograph a wedding.

What it comes down to is refusing to take a job can now be construed as a violation of someone’s human rights. Let’s be clear here, Jonathan and Elaine Huguenin – the owners of Elane Photography – did not go out and try to stop this wedding. They did not call other photographers and try to “black list” Vanessa Willock (the plaintiff) from getting services from other photographers. They simply said “no thank you” when Willock offered to do business with them. So much for having the freedom to associate with people you want to associate with. Here is the opinion from the court.

[1] By enacting the New Mexico Human Rights Act (NMHRA), NMSA 1978, §§ 28-1-1 to -13 (1969, as amended through 2007), the Legislature has made the policy decision to prohibit public accommodations from discriminating against people based on their sexual orientation. Elane Photography, which does not contest its public accommodation status under the NMHRA, offers wedding photography services to the general public and posts its photographs on a password-protected website for its customers. In this case, Elane Photography refused to photograph a commitment ceremony between two women. The questions presented are (1) whether Elane Photography violated the NMHRA when it refused to photograph the commitment ceremony, and if so, (2) whether this application of the NMHRA violates either the Free Speech or the Free Exercise Clause of the First Amendment to the United States Constitution, or (3) whether this application violates the New Mexico Religious Freedom Restoration Act (NMRFRA), NMSA 1978, §§ 28-22-1 to -5 (2000).

[2] First, we conclude that a commercial photography business that offers its services to the public, thereby increasing its visibility to potential clients, is subject to the antidiscrimination provisions of the NMHRA and must serve same-sex couples on the same basis that it serves opposite-sex couples. Therefore, when Elane Photography refused to photograph a same-sex commitment ceremony, it violated the NMHRA in the same way as if it had refused to photograph a wedding between people of different races.

[3] Second, we conclude that the NMHRA does not violate free speech guarantees Willock referred to the event as a “commitment ceremony” in her e-mail to Elane Photography. However, the parties agree that the ceremony was essentially a wedding—Elane Photography emphasizes that there were vows, rings, a minister, flower girls, and a wedding dress, and Willock uses the word “wedding” to describe the ceremony in her brief. We use the terms “wedding” and “commitment ceremony” interchangeably. because the NMHRA does not compel Elane Photography to either speak a government mandated message or to publish the speech of another. The purpose of the NMHRA is to ensure that businesses offering services to the general public do not discriminate against protected classes of people, and the United States Supreme Court has made it clear that the First Amendment permits such regulation by states. Businesses that choose to be public accommodations must comply with the NMHRA, although such businesses retain their First Amendment rights to express their religious or political beliefs. They may, for example, post a disclaimer on their website or in their studio advertising that they oppose same-sex marriage but that they comply with applicable antidiscrimination laws. We also hold that the NMHRA is a neutral law of general applicability, and as such, it does not violate the Free Exercise Clause of the First Amendment.

[4] Finally, we hold that the NMRFRA is inapplicable in this case because the government is not a party. For these reasons, we affirm the judgment of the Court of Appeals.

In the smaller, more focused world of the marketplace, of commerce, of public accommodation, the Huguenins have to channel their conduct, not their beliefs, so as to leave space for other Americans who believe something different. That compromise is part of the glue that holds us together as a nation, the tolerance that lubricates the varied moving parts of us as a people. That sense of respect we owe others, whether or not we believe as they do, illuminates this country, setting it apart from the discord that afflicts much of the rest of the world. In short, I would say to the Huguenins, with the utmost respect: it is the price of citizenship. I therefore concur.

So much for tolerance for the views of the Huguenins!

You can argue the company made a bad public relations move by refusing to accept money and be hired by the couple, but quite honestly, it’s their right to make a bad public relations move. Soon, gay and lesbian couples in New Mexico will be targeting past and current customers of Elane Photography and outright saying those customers are obviously bigots and homophobes since they hired a company that won’t photograph same-sex couples. They will demand they stop working with them.

Their goal here will be to destroy the business, plain and simple. It’s not about acceptance, it’s about shoving their own beliefs down the throat of the “non-believers” and having them embrace and support their lifestyle. Nothing else will be acceptable.