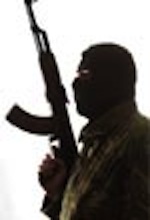 When Erick Erickson is on your case … case closed. A magnificent post from one of the most respected bloggers on the Internet. Thanks Erick.

In light of what happened in New York yesterday, the thwarted (?) terror attack, Erick wants to make sure you folks in Connecticut remember a few things about Chris Murphy and Dick Bluemnthal.

It is important to remember just how bad on terrorism issues both Chris Murphy and Dick Blumenthal have been.

Murphy actively opposed the NSA’s warrantless wiretapping program, which did not listen in on American calls, but on calls originating in places like Yemen that were routed through the United States.

Even though these were calls from foreigners to foreigners, with many originating and going to countries with significant terror footprints Chris Murphy was opposed.

Dick Blumenthal, wanting in on the action, was also opposed, asking the Senate to stop warrantless wiretapping and threatening to pursue lawsuits against phone companies helping the government.

Not only can’t Blumenthal create a job in a time of recession, he can’t seem to figure out the best best way to protect citizens from terror in a time of war. Perfect.

Erick goes on to say that it’s important to remind people that elections matter. Terrorism is still job number one, in my opinion, ahead of everything else. The above post says it all

Oh, and lest you think it’s just these two who are out of touch, there’s a lot of terrorism denial going around these days, mostly in the Democrat Party. Also from Red State. This is how Minnesota Democrat Congresswoman Betty McCollum on terrorism.

November 2 is trash day. Show this post to your friends and then make sure they vote.

The Latest from the Ministry of Truth

Blumenthal in trouble … you betcha!
5 replies