I’m not at all convinced that Scott Brown – Republican candidate for the state’s special election to fill Ted Kennedy’s seat – will be successful, but this election proves to me the management of state-wide elections to national office has totally been turned on it’s head.

What the heck do you mean McGough? Well I’ll tell ya…

During the upstate New York election for the state’s 23rd House district, a tremendous amount of cash flowed in from outside the district in support of then-candidate Doug Hoffman running as a Conservative. Many Democrats complained about outside money coming in from non-residents, and because of that extra cash, the results would be manipulated and not represent what the people of the district want. 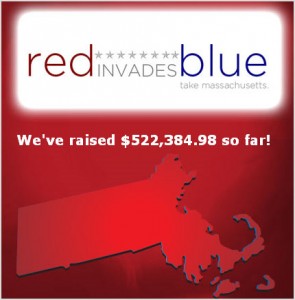 Well let me tell you… when the federal government – and congress-critters in general – start screwing around with the private sector bailing out banks across the nation and buying up United States auto manufactures, all bets are off.

The decision of a few House members or even one Senator from a state two thousand miles away can have a direct impact on the business I run, the car I drive, the food I eat, and the health care I receive.

It’s a clear symptom of the disease. Since power is so centralized and the federal government is involved with anything and everything that is well beyond the national general welfare, you can bet your ass I’m going to consider sending political contributions to candidates like Doug Hoffman and Scott Brown.

Don’t get me wrong, this has been happening for years, but never at this scale.

Want this to stop? You know the answer. Have Congress stop funding and getting involved with local and state issues.

Will we be throwing our money away? Only the individual contributor will be able to make that decision, but if the anointed Democrat wins, I guaranty you the state-run media and operatives of the DNC will be telling you that you’re chumps for tossing your hard-earned cash away.

Drudge asking if Brown will run for president (Update)

Symptom of the Disease: $600 million in benefits paid to the dead

Why the health care industry is behind Coakley in Massachusetts

Competing with a sound tax policy does a state good