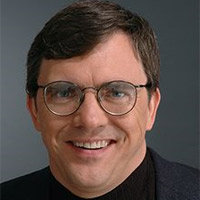 Pinch me, I must be dreaming. I wish I could take credit for this but I can’t. This is all the doing of New York Post columnist Michael Walsh. It seems he has friends in high places. Just file this under the heading three hours of great radio that you will not want to miss.

We kick off tomorrow’s program at nine o’clock when Mike and I discuss his latest NY Post column. Mike claims the deficit we should be worried about is in DC and it’s leadership.

Then, the great debate starts at 9:30 when both National Review’s Andy McCarthy and pollster Pat Caddell debate the budget deal sealed over the weekend, the budget ceiling, and Pres. Obama’s budget busting speech today. It’s 30 min. of pure excitement! Andy McCarthy has already made a strong case that conservative voters were snookered by Republicans and that the so-called budget-cutting deal of $38 billion is a fraud.

And what’s the rationale for settling? Why, that these numbers are so piddling — that the $21 billion difference is so meaningless in the context of $14 trillion — that it’s best just to settle, make believe the promise was never made, make believe we didn’t flinch, and put this episode behind us so we can begin the “real work” of the next promise, the Ryan Plan.

Regarding that plan, you’re to believe that the captains courageous who caved on $21 billion — and who got elected because of Obamacare but don’t even want to discuss holding out for a cancellation of $105 billion in Obamacare funding — are somehow going to fight to the death for $6 trillion in cuts. Right.

Pat Caddell on the other hand thinks the Republican victory is in changing the paradigm in Washington, talking about budget cuts instead of how much to increase the budget.

Then at 10 o’clock,  University of Tennessee law professor, author, and the godfather of blogging and publisher of   Instapundit.com Glenn Reynolds joins us to kick around a proposal that he posted over the weekend.

SO OBAMA’S PEOPLE ARE TALKING TAX INCREASES AGAIN. Here’s my proposal: A 50% surtax on anything earned within five years after leaving the federal government, above whatever the federal salary was. Leave a $150K job at the White House, take a $1M job with Goldman, Sachs, pay a $425K surtax. Some House Republican should add this to a bill and watch the Dems react.

UPDATE: Should we also provide that salaries paid to former government officials aren’t deductible for corporations? Or is that going too far? I say: Put it in as a negotiating point!

We’ll talk about that and the impending pension crisis across the country. 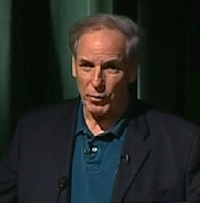 Finally at 11 o’clock, the author of a book that’s getting a lot of attention these days “Deconstructing Obama”, Jack Cashell joins us again as we talked about the candidacy of Donald Trump and the stirrer he’s causing by making Obama’s birth certificate an issue once again.

You will want to miss 1 min. of the show as Mike and I steer the course for a morning of great conversation. It all starts at 9 AM and you can listen live right here. 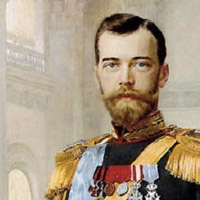 College kids to Chris Matthews: Hey, how about the government helping pay my college loans? UPDATE

Too much: Biden takes a nap during “O’s” budget retort
Scroll to top