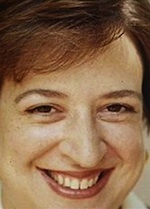 This is perhaps the moment of the day at yesterday’s hearings. Not surprisingly, not one of the lefty media outlets I follow for you covered this. Amazing.

Tom Coburn, an outspoken opponent of Obamacare, has led the charge against Americans being forced to buy insurance. As the Sound Off Sister noted months ago, it’s akin to the Feds forcing people in Georgia to buy Florida oranges.

What’s truly amazing is that Elena Kagen refuses to rule out the possibility. Hope and change.

Puts a whole new light on Mom telling us to eat our vegetables … or else.

Whatever else you may think about her, Elena Kagan saw where that line of questioning was going.  If she answered that the government didn’t have the power to compel citizens to eat certain foods, then, that answer would have been thrown in her face during any argument about the government’s power to compel the purchase of health insurance.  She was painted into a corner, knew it, and thus, absolutely refused to answer the question.

Her refusal should give us a good clue as to how she would vote on the constitutionality of Obamacare…assuming that we even need such a clue.

Let’s get Congress and staffers into the individual Obamacare market