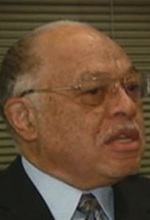 As you already know, Dr. Kermit Gosnell is charged with 8 counts of murder of one woman and 7 babies born alive after botched abortions. By the way, this is the same practice that the young President defended as a State Senator in Illinois in 2002. But that’s not all, his “clinic” was apparently full of discarded baby body parts stored in a wide variety of containers including empty food cans. So why is it the media, with few exceptions, is not covering this with the same fervor it’s been covering the shooting in Tucson? “It’s not a heart beat dear, it’s a heart tone.”

The horror of what investigators found in Gosnell’s Philadelphia clinic would make a Freddie Kruegar movie look like a Pixar film. Why I thought Roe vs Wade ended this kind of stuff. I thought abortion was about women’s health care? Ah, well.

Authorities went to investigate drug-related complaints at the clinic last year and stumbled on what Williams called a “house of horrors.”

“There were bags and bottles holding aborted fetuses were scattered throughout the building,” Williams said. “There were jars, lining shelves, with severed feet that he kept for no medical purpose.”

The clinic was shut down and Gosnell’s medical license was suspended after the raid.

Now women are beginning to speak, but is it enough? Will we see a national debate for a new civility in “women’s reproductive rights”? Here’s one speaking out … via HotAir. “I don’t want him to get the death penalty … I want him to get life in prison … so he can suffer …”

Go and read Ed’s entire post because in it he quotes Kevin McCullough at Townhall, who asks the ultimate question … why are we outraged now?

Why are we so outraged now?

The truth is, the procedure Gosnell preferred is not new. Third term, especially “late term,” abortions are performed the same way in overwhelming numbers.

In partial birth abortion, the child is delivered to within two inches of being free of the birth canal. In the “Gosnell” he delivered the child completely.

Now, can we expect the President to show up at a rally .. err … memorial for these dead babies. Can we expect weeping and gnashing of teeth for these and other women who suffer through constant pain, sometimes physical, sometimes emotional. the odds are know. Some may remember, some may not, that this President stood up for and defended these same late term procedures as a state senator in 2002. Remember?

In 2002, as an Illinois legislator, Obama voted against the Induced Infant Liability Act, which would have protected babies that survived late-term abortions. That same year a similar federal law, the Born Alive Infant Protection Act, was signed by President Bush. Only 15 members of the U.S. House opposed it, and it passed the Senate unanimously on a voice vote.

Both the Illinois and the federal bill sought equal treatment for babies who survived premature inducement for the purpose of abortion and wanted babies who were born prematurely and given live-saving medical attention.

Amanda Carpenter goes on to detail how the President fought restrictions that would have provided for another doctor to be present to ensure that a baby born alive received medical attention. But Amanda reminds us, Obama wanted not part of it.

At the end of the hearing, according to the official records of the Illinois State senate, Obama thanked Stanek for being “very clear and forthright,” but said his concern was that Stanek had suggested “doctors really don’t care about children who are being born with a reasonable prospect of life because they are so locked into their pro-abortion views that they would watch an infant that is viable die.” He told her, “That may be your assessment, and I don’t see any evidence of that. What we are doing here is to create one more burden on a woman and I can’t support that.”

Got that? A burden … kind of like his daughters being burdened with a mistake, no?

Or maybe … it’s just all above his pay grade.

So, as Kevin McCullough asked today, why are we outraged now?

Are You Threatening Us, Mr. President?

Let the party begin, Obama inauguration to cost… a lot

Obama to reporters: hey, the NFL can figure out how to spread the wealth around. I got stuff to do.
6 replies