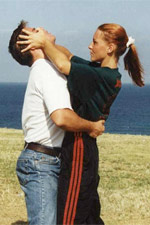 Even though the Pennsylvania state legislature overwhelmingly extended the state’s Castle Doctrine outside of a persons home or workplace, lame-duck Governor Ed Rendell (D-Pa.) vetoed the bill yesterday. He thinks if you or your family are attacked on the street, you have a duty to retreat and have no right to stand your ground and protect yourself.

Guess what? Criminals don’t think you have the right to retreat when they are attacking you. It’s not in the interest of rapists, murderers or robbers to allow you to retreat. From Investor’s Business Daily.

The bill [vetoed by Rendell] would permit law-abiding citizens to use force, including deadly force, against an attacker not only in their homes but also any places outside of their home where they have a legal right to be.

It is clearly stated that there would be no “duty to retreat” from an attacker, allowing law-abiding citizens to “stand their ground” outside the home to protect themselves and their family.

Gov. Rendell wants Pennsylvania to remain what we would call a “run and hide” state.

Yeah … run and hide. Call 911. Call for help. Tell a parent or teacher about the big, bad bully.

Words can not express how stupid this is.

Note, this is not a law concerning just the use of firearms. As I understand it, even if you used any type of force – up to and including deadly force – to protect yourself or your family from a criminal, you may not be protected by the law if someone, somewhere, who was not at the scene, feels as though you could have successfully ran away from the attacker … who most likely has been in the process of turning his life around.

Again, let’s make this perfectly clear. If running away from crime worked, crime statistics would be pretty good and criminals would have a tough time making an illegal living.

The incoming governor, Republican Tom Corbett, indicated he would have signed the bill, which makes Rendell look like an even bigger idiot. Now, the citizens of Pennsylvania will need to wait for new legislation to move through the process before it becomes law.

It could easily take six months, but it seems almost guaranteed to pass. In the meantime – while in Pennsylvania outside your home – just ensure you are absolutely certain you can not successfully run away from that criminal before you take action to protect yourself or your loved ones.

Governor Ed Rendell on Sestak job offer: Hey sometimes you need to use some bare knuckles.

You were hoodwinked, bamboozled, duped

What happens when you run out of other people's money?

Could states use federal health care funding to provide abortions?

They are not the ‘Bush tax cuts’ anymore

You know its getting bad…
Scroll to top