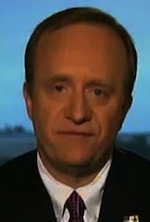 Honesty in politics is always refreshing and this will tell you how much trouble the Democrats are in. Last night on CNN, Clintonista and Democrat/White House strategist Paul Begala was asked to respond to Republican House Leader John Boehner’s call for the firing of Obama’s entire economic team (or what’s left of them). I expected spin. It’s not what I got.

If you haven’t heard the Boehner remarks, I’ve included it below the Begala bite. But it’s more than a snart political move, it’s a smart move period. Your best economic minds, all academics by the way, did more than make promises not kept. They provided a Keynesian plan for recovery that has failed miserably, by any measure. Not just because it did not keep unemployment below 8%, and not just because it failed to generate jobs in any meaningful way, both of which are true. (Forget the CBO report. Even the CBO admits their job numbers are not counts but estimates based on jobs per dollar spent.)

No, the reason this crowd should be fired is because the hard numbers show us this spending did not even stop the slide, which of course it could not since in order to sustain it’s push back, the Federal Government must continue to spend which of course it can’t.

Here then are Congressman John Boehner’s remarks. Be honest now. If this crowd was doing projections for your business or your corporation … wouldn’t you fire them? Only weather forecasters can keep their jobs with a record like this. Ummmm … no offense.

Boehner to Hoyer: You sound like the “dog ate your homework.”

Krauthammer on the CBO “recovery”: Phony numbers vs hard facts
Scroll to top