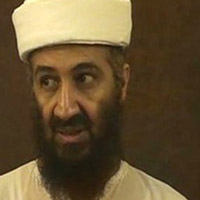 A senior official in Pakistan’s government admitted to ABC News that current and/or retired intelligence officers did help aid and shelter Osama bin Laden at his compound in Abbottabad.

Notice the wording here. It was either a rogue officer(s) or retired officer(s). If they were “rogue” that means they are active in the intelligence service and have access to information that could be passed to bin Laden.

A senior official in Pakistan’s civilian government told ABC News, “Elements of Pakistan intelligence — probably rogue or retired — were involved in aiding, abetting and sheltering the leader of al Qaeda,” the strongest public statement yet from the Pakistani government after the raid on Osama bin Laden’s compound.

This is based on the government’s judgment that the number of years bin Laden spent in Abbottabad — and it now appears in a village outside the city of Haripur — would have been impossible without help, possibly from someone in the middle tier of ISI, Pakistan’s intelligence agency, who grew up fighting alongside the mujahidin against the Soviets, said the official.

Update: Ed Morrissey picked up this over at Hot Air.