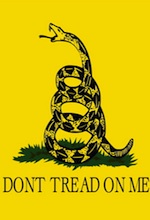 As much as I occasionally make light of our English cousins, mainly for their ever expanding nanny-state and their seemingly bottomless acceptance of the state’s intrusion into their lives, it is occasionally useful to seek out their opinions, just in case they happen to see or find something that eludes us.  I mean, even a blind squirrel catches a break, now and again.

Oh, the irony of politics.

I spoke to Jill Cooper in a diner near the William Penn Highway in March, where she told me how furious she was about healthcare. Ms Cooper went on to organise a protest outside Congressman Jason Altmire’s office. After a lot of public agonising, he decided to vote against healthcare, and Ms Cooper reckons that may have saved his political skin.

The Democratic friend I interviewed with her, John Cicco, has written to me saying that since my visit to Pennsylvania, “Jill has been elected the Chair of the Murrysville Republican Committee”.

And on 2 November, each Republican on the ballot, including governors, US senators and state representatives, replaced a Democrat, with Murrysville providing large margins in its support, Mr Cicco added.

The only Democrat on the ballot who survived the Republican landslide was Jason Altmire,” he said.

Now, frankly, I would point out that it was less the protest and Mr. Altmire doing his job, which, in this instance, was representing the interests and positions of his constituency, which earned him a return ticket to the swamps of Washington DC, but that may simply be the result of two individuals separated by a common language and differing takes on what constitutes a democratic election — I think British elections are a wee bit like cricket — very exciting, but the rules would seem to be more than a little vague in places.

Symptom of the Disease: Politicians and their investments (Example 2)

"We're all Obama people" - Will they illegally share private information with campaigns?

And, what do I do given Obama's contraceptive mandate?

David Stockman to America: This is your new normal

In spite of the election, socialism marches on
Scroll to top