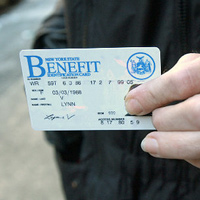 I know Jim has been talking about this subject today on the big radio show, and I just wanted to get a post up. This weekend we saw just a taste of what happens when the government stops providing support, and when they provide free support.

First, we have an ever-so-brief outage of the federal Supplemental Nutrition Assistance Program (SNAP) that happened across 17 states. This issue had absolutely nothing to do with sequestration or partial federal government shutdown.

The outage occurred during a “routine test” of backup systems Saturday morning, Jennifer Wasmer, a spokeswoman for Xerox, which administers the program, said. By late Saturday, access had been restored.

After the system failed, SNAP and WIC beneficiaries in the affected states were unable to buy food using electronic benefit transfers.

There was outright panic about kids starving during those few hours the SNAP program was unavailable. In just one example, Barbara Colman – a woman from Maine who relies on the SNAP program – said the following:

“That’s a problem. There’s a lot of families who are not going to be able to feed children because the system is being maintenanced,” Colman said. “No one should put maintenance in during the daytime.”

She planned to reach out to local officials.

“I’m trying to reach out to everybody because I’m not thinking of me an adult who can figure out things. I’m thinking of the simpler person in the world who is sitting there trying to just do basic shopping to feed their kids. You don’t want children going hungry tonight because of stupidity,” she said.

Really? What has our country come to when people say children will go hungry and possibly starve if the SNAP cards are off line for eight hours? Have we gone mad? No, it’s the culture of dependency that has been brainwashed into the minds of Americans for decades. That culture of dependency also breeds this type of activity … unlimited demand for stuff people think is free.

The Electronic Benefits Transfer (EBT) system allows recipients of government food stamps to purchase goods using a digital card with a set spending limit, but for a few hours over the weekend, that limit disappeared for many users visiting Walmart stores in Louisiana.

So when the system failed, it failed open. This is the exact opposite of what happened with the SNAP card and let’s take a look at the reaction of people who thought they were getting a bunch of free stuff. I want you to carefully note the reaction.

Shoppers gave mixed reactions to the incident, with one man in the Springhill store told KSLA it was simply “human reaction” to stock-up when given the opportunity.

So it’s now a simple “human reaction” for people to take things “from rich people” when they think nobody looking? I added the “from rich people” to the thought process here for the simple fact this is in direct relation to the class warfare stuff that’s been going on for years. This is not unique. We’ve seen tons of security camera footage of groups of “youths” walking in and taking over stores. Stealing stuff. Walking out. Is there any shred of integrity with this group?

You’re witnessing the destruction of a culture, live and in technicolor.

Newt goes after Chris Mathews – What kind of racist thinking do you have?