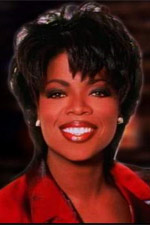 On Friday I pointed out Oprah Winfrey continues to spout the “conservatives don’t like President Obama because he is black” mantra. Certainly there are some people that are like that, but I am offended because instead of responding to our actual policy disagreements, she has this habit of pulling the race card. Her comments got worse.

From Newsbusters, during an interview about various movies and a stage production. Watch this four minute clip.

Why do folks such as her only see racism through the prism of how blacks are treated? By looking at the problem so narrowly, doesn’t it make matters worse?

We are by far the most diverse nation in the world containing more ethnic and religious groups than any other on the planet.

Likely each of them has at times rightly or wrongly felt mistreated for the color of their skin or their religious beliefs.

When we as a nation look at this problem more honestly and not just as it pertains to one group, racism will have a chance of being solved.

It concerns me that Winfrey thinks if a select group of people “just die” the problem is solved. It won’t be “solved” if they die or even become completely isolated from the rest of humanity. Racism of all types exists and will continue to exist. Hopefully we’ll “evolve” (Winfrey’s word) more in the future so racism is not as big of a deal, but how come it’s always being used as a crutch?

At this point, Winfrey probably thinks I’m a racist. So be it.

Let’s do the Obamacare math