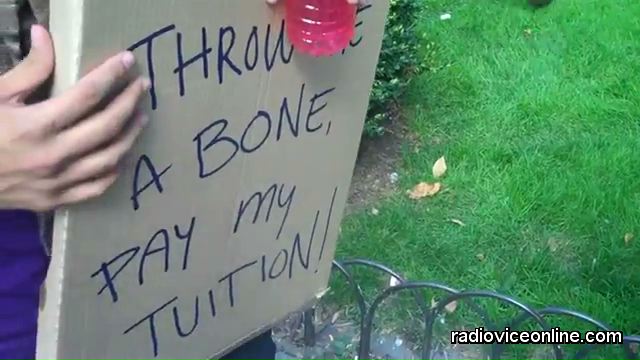 The irony is sweet.  Assuming one can deduce a coherent theme in the various “occupy” demonstrations, one thing seems clear.  The demonstrators appear to uniformly despise the financial institutions.  But, what do you do with all the donations (estimated at over $500,000) that are pouring in?

Well, you do what any normal person would do…put them in a bank, the Lower East Side Credit Union and Amalgamated Bank, to be exact.

And what about those “tax loopholes” that are also routinely criticized?  What do you do there?

Well, you use them to your advantage, of course.  And, here is how they made that work.

The Alliance for Global Justice, a very far left group that never met an anarchist it didn’t like, has become a “sponsor” for Occupy Wall Street.  For reasons known only to the Internal Revenue Service, AGJ has been granted tax status as a 501(c)(3) charitable organization.  So, all of the donations are first “washed” through AGJ, before being sent on to the OWS bank account.  This accomplishes two things…the donations are non-taxable to OWS, and become a tax deduction to any of those giving the money.

So, not only is the federal government not collecting income tax on this money, but, because they are also a tax deduction, if they come from anyone in the 35% tax bracket for example, essentially, the taxpayers of America are “subsidizing” 35% of the donation to OWS.

Perhaps capitalism, as defined by the demonstrators, isn’t so bad after all.

To occupiers blaming Wall Street: The major cause of the 2008 collapse is…

You 53%ers should pay for the “peoples” college education

Occupy London, or not…
13 replies