From Real Clear Politics: “Rahm Emanuel is son of the devil’s spawn, Rep. Eric Massa (D-NY) said. “He is an individual who would sell his mother to get a vote. He would strap his children to the front end of a steam locomotive.”

Rep. Massa describes a confrontation with Emanuel in a shower: “I am showering, naked as a jaybird, and here comes Rahm Emanuel, not even with a towel wrapped around his tush, poking his finger in my chest, yelling at me.” 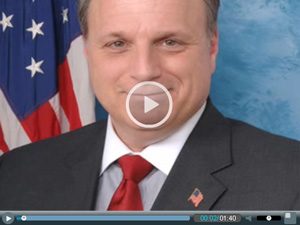 More from Breitbart.tv. Audio from this morning below the quote…

“When I voted against the cap and trade bill, the phone rang and it was the chief of staff to the president of the United States of America, Rahm Emanuel, and he started swearing at me in terms and words that I hadn’t heard since that crossing the line ceremony on the USS New Jersey in 1983,” Massa said. “And I gave it right back to him, in terms and words that I know are physically impossible.”

On the street interviews – selecting Obama