This is not new news since Michelle Malkin wrote about the stimulus bill angle with the ATF’s Fast & Furious/Gunrunner program on March 30, but it’s worth a re-post to highlight the fact it was important enough for someone to include it in the Feb. 2009 Stimulus bill.

Welcome to Project Gunrunner. Prepare for another Justice Department whitewash.

Hat tip to AP who highlighted this fact last night, and reminder … the stimulus boondoggle was approved by all but seven Democrats in Congress, and only three Republicans voted for it. My guess is not one of them even questioned what gunrunner was or what it did.

You have to wait for it to pass to see what’s in it don’t you know?

Below is a screen capture from the Stimulus Bill (H.R. 1 in 2009), but you have to ask the question… is this a bigger “scandal” than …

Nobody died in those “scandals.” 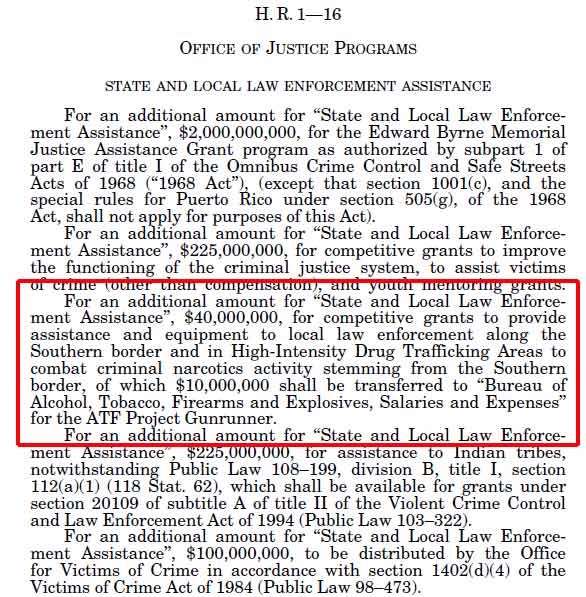 Obama administration on ATF director’s status – Should he step down?
12 replies