The point of this post is to remind us “birthers” as a group would not be voting for President Obama in 2012 even if there was no “birther” controversy. Minutes before my Drudge Report siren went off on my iPhone, I was writing the following…

I guess the heat from The Donald was getting to the point where politically, they needed to contact Hawaii and have them make a certified copy of Hawaii’s long form and send the PDF over for distribution. 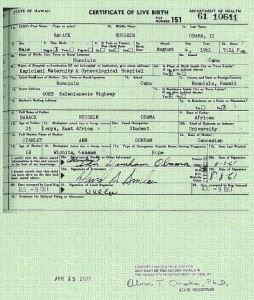 So, those of you birthers out there. Will you vote for him now?

Click here for the PDF – we’re using the White House bandwidth for that link – or click on the image to see a full size JPG slightly cropped, but with all data included.

Donald Trump clearly implied during the last couple of days that Obama’s birth certificate was missing, yet Ed Morrissey at Hot Air points out Trump today says “he totally won.”

I’m still wondering about his performance in college, during law school and curious about who wrote his books …  😉

Do you know where your data centers are?
Scroll to top