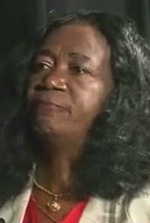 This is perhaps the most amazing story you will ever see on how illegal immigrants have learned to game the system. President Obama’s Aunty Zeituni (yes, he’s her nephew) has scammed America for free housing, and disability checks to the tune of thousands of dollars. “You are here to help the poor and other women. And you have to give me my right.” Ummm, right. It is a must watch from WBZ-TV in Boston.

Howie Carr has had WBZ-TV reporter Jonathan Elias on his show and it has been stunning. She feels no remorse for scamming the American taxpayer for thousands, nor does she sound grateful. Instead she sees it all as her right … and her money. Maybe the best part of this entire interview, which Elias told Howie lasted hours, is that she never considered asking President Obama, worth millions, for help. Nor, apparently, did he offer. The apple my friends never falls far from the tree. Read it all here.

For years she lived illegally in Boston public housing. She’s unemployed, receiving nearly $700 a month in disability, and for nearly ten years was in this country illegally.

“I’m not the President’s obligation. I carry my own cross.”

That’s the problem; she hasn’t been carrying her own cross. The taxpayers have, and many are angry that she has been able to live on public assistance for so long, while others who paid into the system are denied those same benefits.

“It’s a great country,” she said. “It’s nice to live here. You can do whatever you want when you live here.”

Despite what’s she’s been given, Zeituni Onyango said flatly that she owes this country nothing in return. “But, it’s given you so much?” Elias asked. “So? It’s a free country under God,” was her terse response.

A few more tidbits before the video. Aunty Zeituni arrived illegally in this country in 2000. A judge ordered her deported in 2004. After her nephew became President the judge changed his mind … and then, Elias reports, he granted her asylum from Kenya. Only in America. 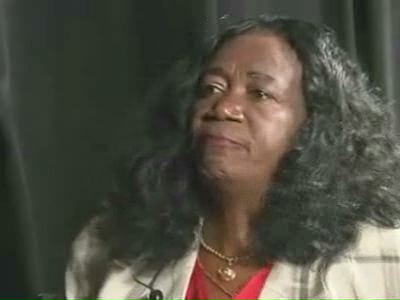 There are two more videos here and here. Watch em all.

Obama, Biden – new bank taxes will “get our money back”
19 replies