Our annual deficit has been running in excess of $1 trillion per year over the last 4 years.  Our President has now demanded tax increases of $160 billion per year, from the “rich” to off set that deficit.

Not only does his proposal not even come close to offsetting our “new normal” annual trillion dollar deficits, but it won’t even pay for the annual costs of Obamacare.  And, here is why.

The Congressional Budget Office estimates that beginning in 2014, Obamacare will cost us $176 billion per year.

So, under the President’s proposal for 2013 we will “only” have an $840 billion deficit if his tax increases are implemented.  However, in 2014, when Obamacare is implemented, our annual deficit will be right back to where it is today.

Remind me again, by what amount did President Obama say that Obamacare would reduce our deficit? 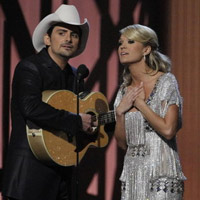 Is there an ACO or PSN in your future?

Most excellent: CBO says deficits $1 trillion a year for a decade

Not so fast, Maine