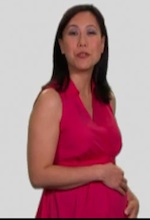 One would be hard pressed to prepare a “public service announcement”  any more deceitful than that recently released by the Department of Health and Human Services.  Apparently, it’s Secretary Kathleen Sebelius, who hasn’t bothered to either read the bill or any of the myriad of analyses prepared by either the CBO, or the Office of the Actuary for Medicare and Medicaid (OACT).

Let me list just a few of the down right falsehoods contained in Ms. Sebelius’s two minute infomercial.

While you are listening to Ms. Sebelius’s fairy tale version of Obamacare, just remember the words of Dr. Donald Berwick, the newly appointed Director for the Centers for Medicare and Medicaid.

I cannot believe that the individual health care consumer can enforce through choice the proper configurations of a system as massive and complex as health care.  That is for leaders to do.

Young doctors and nurses should emerge from training understanding the value of standardization, and the risks of too great an emphasis on individual autonomy.

That, my friends is your future under Obamacare, and, no amount of “re-education” will change those facts.

More labels, this time thanks to the EPA and DOT