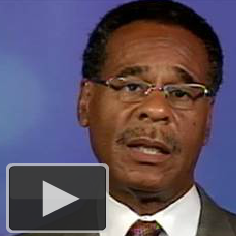 The Obama administration will send Attorney General Eric Holder out to meet with pastors from churches around the country to inform them exactly how much “campaigning” they can do from the church pulpit to stay within federal guidelines and not threaten their tax-free status.

Doing so at first glance would not seem to be illegal, but I know for damn sure Holder will not be meeting with the Catholic Church to advise priests.

Along with Holder, the Obama administration is also sending out representatives from the IRS and not surprisingly, the ACLU will be partnering with the administration.

Attorney General Eric Holder, the IRS, and the liberal lawyers at the ACLU will brief several hundred pastors in the African American community on how to participate in the presidential election — which the Congressional Black Caucus chair expects will help President Obama’s campaign.

“We will have representatives from nine denominations who actually pastor somewhere in the neighborhood of about 10 million people, and we’re going to first of all equip them with the information they need to know about what they can say and what they cannot say in the church that would violate their 501c3 status with the IRS,” Rep. Emanuel Cleaver, D-Mo., told MSNBC today.

The laws are clear are they not? </sarc> Since when does the Executive Branch have the funding to do such a thing? The laws are the laws. When I call the IRS to get clarification on a tax issue, I’m reminded advice I get directly from a tax advisor might be wrong.

They will let them know who to regard as the bad guys, though (hint: not Democrats). “We’re going to talk about some of the draconian laws that have cropped up around the country as a result of the 17 percent increase in African American votes,” Cleaver said, describing voter ID laws as a form of Jim Crow-style “poll tax” on seniors and black voters.

Absolutely not acceptable … but will anything be done? Tell me, what would the media response be if the Congressional “White” Caucus </sarc> met with the Catholic Church to discuss the First Amendment and what they could and could not say in a church setting?

Obamacare: Congress passed it, now they are reading it