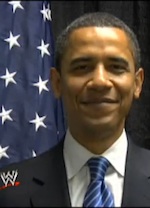 Well, I would say yes, but its a shame we had to go through this to prove what I have been saying for 7 years … “Scratch a New Englander and underneath you will find a libertarian yearning to get out.”

No it’s not like the movie “Alien”, although some on the left and right would like you to believe it’s so. I refer to myself as a small “L” libertarian, a phrase coined by my talk hero Larry Elder, but wether small or large L, I believe that most people believe in a smaller, less intrusive, more local government.

These are all of the things Obama is not. He believes in “statism, socialism, spreading the wealth from producers to non producers by edict, commanding an economy, and thus you, to perform at his will. All of this says Professor John Pitney, has led to a revival of libertarianism. Agree?

I don’t think anyone think this will mean a sudden revival in Libertarianism as a party. There are simply too many positions held by libertarians that shock the left and right no matter how well reasoned. But it certainly does open the eyes of the electorate to a philosophy that doesn’t sound so crazy anymore.

Much thanks to Glenn Reynolds for pointing this out.

Hey … These are my peeps

Elections? What elections? It’s all about … me! Correction: Not so fast.
8 replies