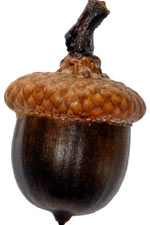 ACORN still exists, they were never put out of business. They simply changed the name of the organization, continuing their abuse of the system. Another symptom of the disease since any sort of federal funding of programs like this is completely unconstitutional.

From Big Government this morning. (I’ve uploaded the HUD report for you and it is available here.)

The Sept. 21 report from the Department of Housing and Urban Development’s Inspector General found that ACORN Housing, which changed its name earlier this year to Affordable Housing Centers of America (AHC), may have concealed fraud by destroying or failing to produce records.

ACORN violated federal rules on how grants are to be used. The group charged the government salary costs for employees after they were terminated, the report said, and violated federal procurement standards.

The report suggested ACORN corruptly funneled taxpayer dollars to its affiliates and engaged in money laundering. ACORN has taken in more than $19 million in housing counseling grants since 1995 from HUD. NeighborWorks, a congressionally chartered nonprofit, gave ACORN $25.9 million. ACORN Housing has received more than $27.3 million from other federal and non-federal sources, the report said.

I don’t know too much about how an organization who survives almost completely on grants from the federal government and other civic organizations, but I bet the record keeping concerning expenses and salaries need to be well documented. ACORN did not do that.

On top of that, HUD calls ACORN out on sloppy record keeping when it comes to salaries paid that “were not fully supported”.

HUD’s review dealt with grants, employee salaries and other expenditures within the past 24 months. It’s not like they were looking for reporting from 12 years ago. These disjointed community service organizations with vanishing records are disjointed and unorganized for a reason – compartmentalized deniability.

Remember, the temporary funding cut off  is set to expire in about one week. You can argue the legislation passed and signed by President Obama on Oct. 1, 2009 was unconstitutional since it called out ACORN by name, but that legislation was simply applying a small butterfly bandage to stop an arterial bleed. It may slow the flow for about one second.

Why do we continue to demand Congress and the Executive Branch come up with new rules, regulations and legislation to “solve” problems when we know the legislation will do nothing? In this case, it looks like ACORN simply had to change their name, shuffle around a few employees and come up with a new logo and they were good to go.

Debt reduction panel does not deal with the real problem