I don’t sit down in front of the TV all that often, but it seems like every other commercial, I hear Tim “The Toolman” Taylor [Tim Allen] hocking the Volt. The advertising campaign is not not doing all that well, unless people are going into the showroom to check out the Volt and buying another GM product … like a Chevy Silverado or somthin’

General Motors is halting, for a month, the manufacture of its well-known but seldom-sold Chevrolet Volt extended-range electric car, according to trade publication Automotive News.

It would be the second interruption in production for the Volt …

OK, so they sold 10,666 of them so far this year. I would LOVE to know how much they spent on advertising – print, TV and radio – exclusively promoting the Volt and then dividing that huge number by 10,666. I would not be surprised if the number got close to $1,500 per car. 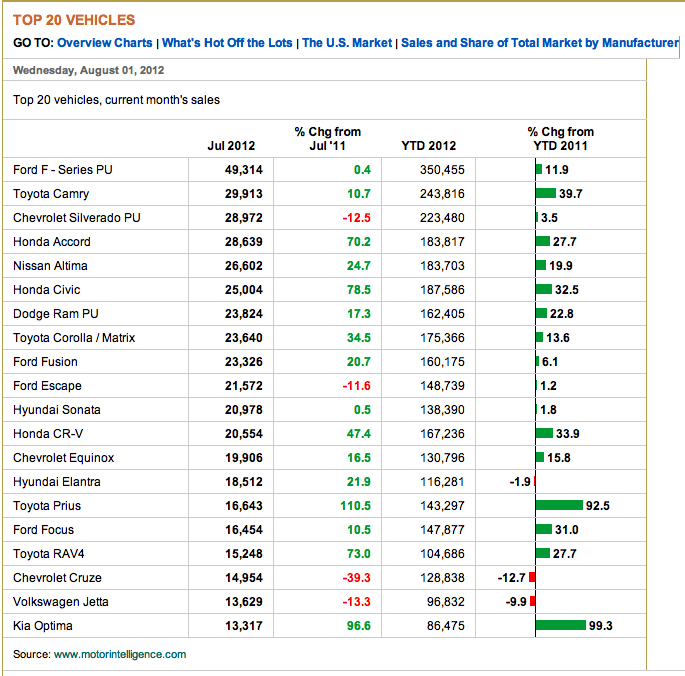 Heads we lose, Tails they win…

The Looting of “General” Motors

Ezra Klein to geezers: you know maybe your votes shouldn’t count as much as the votes of young people

Segway and General Motors – are we paying for this thing? Update – Video, Wolf says “No Thanks.”

Newt goes after Chris Mathews – What kind of racist thinking do you...