Ever wonder what happened to all of the news coverage coming from Iraq after – let’s say – last September? General Petraeus reported in September that the surge was working, but we had more to do. Things were – and are – much better in Iraq. Some may say that the people have become less and less interested in the war in Iraq. Do we become less interested if we are winning?

Hot Air just posted some good information and refers to a Miami Herald article by David Bauder. Hot Air digs into the completely off-base story. Bauder diminishes the clear ability for the main stream media to drive the news focus and instead, chalks it up to people getting tired of the war news. No sir, we’re not tired of it, we’re just tired of the obvious bias that the news media portrays when it comes to our fight in Iraq.

Why not take the time to go out and report how things are now? How schools are being built? How the Iraqi government is making – although slow – progress? How Iraqi life is improving day to day?

Bauder fails to note the political impact of Petraeus’ testimony. That week, Democrats practically queued up in front of television cameras to accuse Petraeus of playing politics, and Hillary Clinton accused him of lying to Congress. The unseemly nature of the attacks on a serving US military commander repulsed Americans, and the discovery that Petraeus was right made it even worse.

Ever since then, the media have sought to play down Iraq. They have pulled back coverage, not because of fatigue, but because they have been proven incorrect in their rush to portray it as a military failure. They have grudgingly noted the progress made in Iraq since last year’s change in strategy and tactics, and barely noticed when Iraq began passing the reconciliation legislation demanded by Congress this year and last.

The American public has noticed the improvement. Support for staying in Iraq until the successful completion of the mission has risen significantly. Even the Iraqis want us to remain in Iraq, if not in the current role for very much longer, in order to help fight terrorism and bolster their security. The media, which like the Democrats mostly bid on failure, seems churlishly determined not to report on the success for reasons other than “fatigue”.

Why not? It does not fit the agenda of the liberal media, plain and simple. 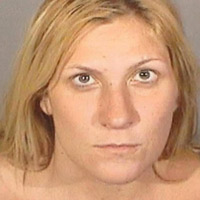 Obama: International community should not avoid action during genocide