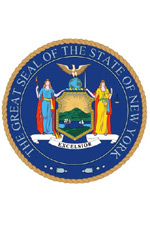 I was just reading this post over at WINS 1010 concerning Gov. David Paterson’s (D-N.Y.) problem with the unions after his plans might result in – God forbid – state employee layoffs. I noted the state employs 200,000 workers. Guess how many Ford Motor Company has?

I know, the Fortune 50 is generally ranked by revenue, not the number of employees, but it still stood out in my mind. I’m also assuming most of those employees are in unions, since it’s the unions complaining that Paterson is targeting them for ouster.

The largest employer out there seems to be Walmart, with somewhere between 1.8 and 2.1 million employees. Some reports (probably) correctly point out the Chinese Army and the Indian rail system employ more workers than Walmart, but General Electric employs about 300,000 and Ford Motor Company employs about 198,000.

And by the way, bonds are not the answer.

What happened to “the deal”? Plus … caption the picture contest

Obama budget: Doing the okie- doke on your wallet

YOU get hit from behind and charged $200 for emergency services