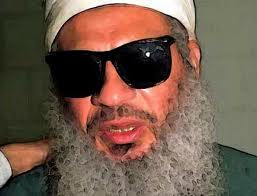 Pamela Geller points us to an Arabic-language website suggesting the United States may have offered to release 50 Egyptians held in US prisons, including Omar Abdel Rahman (a.k.a. the Blind Sheikh) in return for Egypt releasing 16 Americans who worked for democracy supporting non-governmental organizations (NGOs) in Egypt.

Scroll for update with thoughts from Andrew McCarthy.

You can find a little bit of information on the 19 Americans being held in Egypt here.

Now that you have a some background, let’s put this report in perspective. It came from an Arabic-language site that is not sourced. Pamela Geller at Atlas Shrugs points to a loosely-translated English version by Robert Spencer over at Jihad Watch.

The Egyptian government has started real action to respond to a U.S. offer offering to release 50 Egyptians in American prisons, including Sheikh Omar Abdel Rahman, in return for the release of 19 Americans accused of foreign funding of nongovernmental organizations, as confirmed by Major General Mohamed Hani Zaher, an expert on military research and the fight against international terrorism.

I did not think too much about this report until I did an Internet search to find out what’s been happening recently with the Blind Sheikh’s supporters. Relatives of the blind convicted terrorist cleric just days ago again demanded his release before the trial of the 16 Americans associated with the NGOs.

In August 2011, dozens of relatives of the sheikh started a protest in front of the US Embassy in Cairo.

Sheikh Mohamed, the son of Abdel Rahman, said Egyptians should work together for the release of his father and added that the protesters will not budge until they see signs that the US will release him. He also said that Abdel Rahman’s family is certain that the ruling Supreme Council of the Armed Forces (SCAF) is opposed to his return.

As of Jan. 11, they were still outside the US Embassy, and protesters in Cairo were demanding his release back in April 2011 as well.

Take the information for what it is worth, but maybe Jim could ask Andrew McCarthy about this on the big radio show this week.

Update: Speaking of McCarthy, this afternoon he posted Egypt had lifted the travel ban of seven of the 16 Americans held in Egypt, and he pointed out the same Arabic-language site article I mentioned above. McCarthy was the lead prosecutor during the Abdel Rahman trial.

The widely read Arabic newspaper al-Arabiya reported yesterday that the Obama administration has offered a prisoner-swap in exchange for the release of the Americans — an exchange that would have the U.S. releasing the “Blind Sheikh”, Omar Abdel Rahman, in addition to 49 other Egyptian inmates held in American prisons. I was the lead prosecutor on Abdel Rahman’s terrorism trial in 1995, when he was convicted of masterminding a terrorist war against the United States that included the 1993 World Trade Center bombing and a plot to bomb New York City landmarks. The al-Arabiya story has not made it to the paper’s English language site, but word of it first appeared late last night at Jihad Watch, and a translation of the story is now posted on the “Translating Jihad” site.

I’ll have more to say about the Blind Sheikh story soon. Is it true, and is it a quid pro quo for Egypt’s apparently imminent release of the detained Americans? I certainly hope not . . . but I don’t know.

Libya and Egypt in violation of United Nations treaty

Ray LaHood way too calm about son being held in Egypt

Charles Krauthammer: Gibbs and Biden should be under house arrest until Egypt crisis is past
4 replies

Hey Eric Holder … There is no Obama health care contraception...