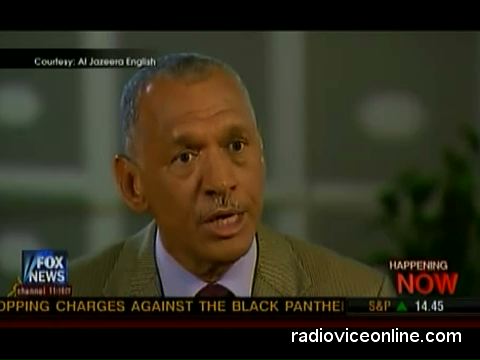 Hopefully its not a five year mission. Charles Bolden, in an interview with Al Jezeera TV, let’s the cat out of the bag and it is almost laughable. No, I take that back. It is laughable.

Bolden, NASA’s new chief, tells Al Jazeera, that soon after he was appointed Obama called him to the White House with a bold new mission. First to get more students interested in science, to expand international relationships and to reach out to Muslims. I kid you not.

Ed Morrissey notes at Hot Air notes one thing that should be obvious to all. Obama’s mission for NASA includes just about everything, except for one thing.

The big takeaway from Byron York’s piece on the new mission of NASA will probably focus on making Muslims feel better about their scientific achievements, but that’s really just one part of the problem.  The expressed instructions from Barack Obama to Charles Bolden, the new administrator of National Aeronautics and Space Administration, all have one thing in common: they have nothing to do with space.

You think the scientists at NASA are demoralized? This is an agency that has seen it’s budget cut, seen the shuttle grounded after its next flight, seen the next mission to the moon cancelled and now this? In fact, American astronauts will have to hitch a ride with the Russians just to make it to and from the space station. This though is in keeping with the young President’s radical and lefty background. I know because it’s all I heard in college.

Why are we spending money on space (or actually any non social welfare program), when we have so many disadvantaged people in the country. The man is keeping us down, yada, yada, yada. Set aside if you will, for just one moment, that the space program has advanced the standard of living for all Americans from food, to pharmaceuticals, to computers, to … well you get the idea. The space program also advances science, which advances our understanding of the universe and helps us be good stewards for this planet.

That’s it – Space Shuttle lifts off for the last time, Atlantis heading for Space Station

Houston, we have a problem
6 replies

Scandal in the Department of Justice?