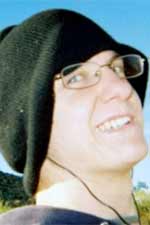 Saturday’s events in Tucson were tragic. For reasons not explained, some 22 year-old nut named Jared Loghner made the choice to visit a peaceful gathering of people, kill six and severely injure 14. Evil manifests itself in many ways all the time, and this is one example. For media pundits, bloggers and politicians to take this evil act and assign blame to anyone other than the shooter and his own demons, is unacceptable.

Got that? It is completely and totally unacceptable to blame the “elevated angry rhetoric” of Rush Limbaugh, Sarah Palin, talk radio or the TEA Party for this act. Yet within hours, political and media leaders assigned blame. Blaming conservative voices like Glenn Beck is akin to blaming the professor and students in Loghner’s basic algebra class. I’m serious.

If one can blame the free speech of conservative leaders – who reportedly have absolutely no connection to the nut job at all –  for this attack, why can’t others blame the people who shared a classroom with him months before his attack and openly stated they were afraid he would show up to class and randomly start shooting?

He was reported to exhibit bizarre behavior and possibly “dangerously violent” by students and the professor, yet their primary concern was to get him out of the classroom and let someone else deal with him. Did someone call the police? Did someone contact one of Loghner’s friends and suggest he get help? Were the councilors at the school notified?

Let me be clear. I would never blame those who shared a few hours in a room more than three months ago for the actions of this nut-case on Saturday morning. Still, political leaders – including the local sheriff – have used this tragedy to point to bloggers like me, talkers like Jim Vicevich, and our friends and family who refer to themselves as TEA Party members, and blame Loghner’s attack on our conservative viewpoints.

Oh hell no. You’re not going to get away with it. You’re not going to use the violent act of one deranged person as leverage to get us to stop referring to the health care legislation as unconstitutional, or stop pointing out the federal government has usurped too much power from the states during the past 50 years.

Was the political vitriol to blame in 1949 when Howard Unruh shot and killed 14 in Camden, New Jersey? How about the 1991 Luby’s massacre in Killeen, Texas where 23 were killed? Or the San Ysidro, California McDonald’s attack in 1984 that killed 21?

That said, political discourse actually leading to violence is rare, but unfortunately nothing new. President Lincoln was assassinated in the hope his death would rally the remaining Confederate troops to continue fighting the Civil War. But remember, there is absolutely no information that leads us to think Loghner had a conservative TEA Party-bone in his body. In hindsight, he may have been very liberal, socialist or communist. Almost certainly he had a drug habit and was mentally unstable. Maybe he had a traumatic brain injury or something … who knows.

There is no acceptance of assassination or political violence here in the United States. Ever. There is no need for such action since we have democratic and free elections on a regular basis. The TEA Party used the ballot box in November to make their point. There is no other way.

Looking back, the information coming from the scene through media channels was frequently so wrong it was a total roller coaster for those tuned in. The speculation was all over the map. Victims were dead, victims were not dead. There was a second shooter. An automatic weapon was used. There were even pundits that figured since Arizona was the wild west, ordinary citizens fought back shooting at the attacker and probably killed a few people in the process. All made up crap.

The media’s reporting certainly did not get a passing grade Saturday afternoon. Politicians even suggested the guy was an Afghan vet!

As for blogger reaction, I’ll admit that I was a bit uncomfortable reading headlines from Jim Hoft at Gateway Pundit and Pamela Gellar at Atlas Shrugs a few hours after the attack occurred. I didn’t want to blame the act on anyone other than the shooter, but Hoft and Gellar rightfully fought back (can we still use that term?) after the media, politicians and the Pima County sheriff made the unfounded connection to TEA Party conservative ‘rhetoric’, bigots and the Arizona people who’ve had enough with ‘undocumented workers’ causing havoc in their state.

Blaming the conservative ‘vitriol’ for the attack on Saturday was a tipping point for Hoft, Gellar and other conservatives. When Democrats and liberal bloggers use ‘targets’ in their graphics and President Obama uses the “if they bring a knife to the fight, we bring a gun” language and are completely absolved of all blame while conservatives are attacked … it’s on brother.

We’re bringing out the pictures displaying the left’s hate.

Isn’t it interesting how the FBI, media and those on the left wanted to avoid speculation and blame immediately after the Fort Hood shooting in 2009? Within days, intelligence directly associated Maj. Nidal Malik Hasan with radical Islam as a self-described Soldier of Allah but we would be racist if we suggested the connection. Makes you think huh?

After the event, I tagged plenty of posts in my newsreader for absorbing later. I’ll wrap up this post providing you with plenty of links to review with reaction during the hours since the tragedy. Ensure you read my post on the victims – the people who really matter – that was posted last night.

Most recently tagged items at the top of the list.

I don’t have the time to provide all the links to Gateway Pundit or Atlas Shrugs. They did have quite a few posts on the subject, so check out their sites and posts.

There is a blog post written at The Cholla Jumps concerning the Pina County Sheriffs office action – or inaction – concerning death threats made by the shooter that I have been reluctant to link to. I’ve been encouraged by friends to provide the link. If this is factual … well … you get my point.

Jared Loughner has been making death threats by phone to many people in Pima County including staff of Pima Community College, radio personalities and local bloggers. When Pima County Sheriff’s Office was informed, his deputies assured the victims that he was being well managed by the mental health system.

AJ at the Strata-Sphere is wondering if the Sheriff is trying to deflect blame, but agrees with AP at Hot Air. If the new standard allows for assertions to be tossed out with no supporting evidence at all …

Maybe it’s true, maybe it isn’t. The important thing is, does it serve your political agenda?

Note the related posts section below does not necessarily list posts directly associated with this tragedy. The original post of this document referred to Sunday instead of Saturday when referring to the shooting on Jan. 9, and has been corrected.

A father grieves: John Green talks about his daughter killed in the Tucson ...