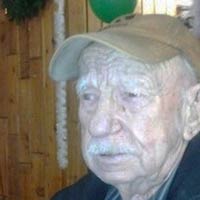 OK, maybe I’m being a bit harsh on the chief in the headline, but suggesting something Delbert “Shorty” Belton did escalated the situation sets me off. Spokane, Wa, Police Chief Frank Straub stated the 88-year-old Belton – who was brutally murdered by two teenagers – fought back during a robbery and “may have made this … a worse situation.”

World War II veteran Delbert Belton may have fought back against the two teens suspected of beating him to death outside a Spokane, Wash. Ice-A-Rena, police said in a news conference Monday morning, reports CBS affiliate KREM.
Belton, who was shot in the leg during the Battle of Okinawa, was killed during an apparent robbery Wednesday outside the Eagles Ice-A-Rena. Authorities say two young men attacked Belton in his car outside the arena as he was waiting for a friend.

“Our information is that the individual fought back and that may have made this, you know, a worse situation,” said Spokane Police Chief Frank Straub in a press conference Monday morning. “I’m not being critical of Mr. Belton, we certainly encourage individuals to fight back, and he should have. But it shouldn’t have happened to begin with.”

Sorry chief, you can’t have it both ways. The man was rightfully fighting for his life when two teenagers tried to rob him and he resisted. Unlike cable TV, mobile phones and health care, we do have an unalienable human right to life, liberty and our property.

Certainly people have to do what they have to do when being robbed by thugs. They can make the choice to submit – and maybe die – or choose to fight back. Delbert Belton fought back and I have tremendous amount of respect for the man. All of the blame here – ALL OF IT – falls on the two thugs who beat this man to death. For those of you who think he should just have given up his wallet and be a quiet victim, let me remind you of the convenience store clerks who have recently been murdered after handing over the cash. These thugs don’t like witnesses, and there is a possibility they will kill you even if you comply.

I’m not telling you to fight back, that’s your own decision. But facts are what facts are.

The suspected thugs who have been arrested are Demetrius Glenn and Kenan Adams Kinard. Both of them are 16 and already had criminal records. In Washington State, murder while committing robbery is a capital offense, but don’t expect to see the death penalty applied in this case since the alleged murderers are 16. Hopefully they will get life in prison with no possibility of parole, but don’t hold your breath.

Refuse to photograph a gay wedding? Pay up!

Not in the statistics – Massachusetts store clerks stops robbery with...
Scroll to top