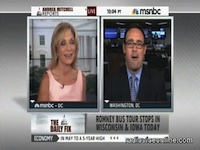 Andrea Mitchell was certainly the talk of the town today.  With her edited comments that she played on her MSNBC show with regards to Romney and the Wawa sandwich making machine.  It just seemed like one big joke to her. Today she attempted to put it all in context with an extended clip BUT, no apology. In fact as you will see, she looks positively pained.

Here is the video in context. Clearly Romney is using Wawa to draw a distinction between the public and private sector. Courtesy The Right Scoop.

On today’s show she addressed the issue, and even noted that she was the talk of the town.

“There has been a lot of discussion overnight about a conversation you and I had yesterday,” Mitchell said to contributor Chris Cillizza. “We ran clips of Mitt Romney in Cornwall, Pennsylvania, talking about his trip to a Wawa. The RNC and the Campaign both reached out to us, saying Romney had more to say about that visit, about federal bureaucracy and innovation in the private sector.”

“We didn’t get a chance to play that, so here it is now,” she concluded.

That was it, no apology, and from the sounds of it, neither the RNC nor the Romney campaign even asked for one.

Here is the video for yourself to see

Yeah, let’s move on here … nothing to see except my prejudice showing. Do I look fat in these Obama jeans? 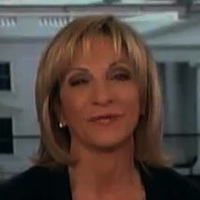 MSNBC reacts to Obama speech: “It was a great speech if you were on another planet for the last 57 days.”