Have you ever heard of a government employee being on “official time”?  That may conjure up images of a federal worker actually doing his or her job, but nothing could be further from the truth.

Official time is governmentspeak for,

… a mechanism by which the government pays union officials to work on union matters during their government workdays.

Yes, you read that correctly.  Government employees are allowed to spend their time “on duty” doing union business, and you, the taxpayer are paying their full salaries and health care and pensions while they do so.

The Office of Personnel Management reports that federal employees spent over three million hours on official time in 2010, costing the taxpayers about $137 million in salary and benefits costs.

But, it gets better.

Some union officials split their time between union work and government work. Others, amazingly enough, work exclusively on union business while getting paid for their government “jobs,” and may not even show up at their government jobs for months at a time. The Department of Homeland Security alone had 62 employees on full-time official time as of July 2011, according to the department’s disclosure. [emphasis supplied]

Yes, you read that correctly, too.  You paid the salaries and benefits for 62 Department of Homeland Security employees who did absolutely nothing for Homeland Security.  They worked full time for their union.

It’s anyone’s guess as to how many full time government employees participate in this union gig.

The only thorough report on official time at the federal level was released in 1998, when the Republican-controlled House Appropriations Committee required the OPM to do so. At that time, 946 federal employees were on full-time official time, with another 912 spending at least 75% of their days on official time. Today the overall number is a mystery, because no law requires the federal government to disclose it.

Now you know why you have trouble getting  government employees to answer your phone call…they are working for the unions instead. 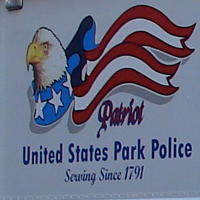 US Park Police has lost control of firearm inventory

The genius of the Øbama NLRB bureaucracy
9 replies

Laws, who needs them, I’m the President

What happened to President Obama?
Scroll to top