Update: The show was taped on Thursday, and while he told Fox 61 he would not announce Sunday, he must have had a change of heart.  As of 10:35 Sunday night … the Courant is reporting that the AP is reporting that Simmons decided to jump into the race … apparently while watching the show?

Simmons said he made the decision to join the race after talking with relatives.

“The family had a long meeting today and was unanimous that I run,” he said in an e-mail message to The Associated Press. “So I am running.”

(Hat Tip – Rick in WH) We now return you to this Sunday morning’s post:

Former 2nd District Congressman and CIA intelligence officer Rob Simmons tells Fox 61’s Shelly Sindland he’s more than 50% there in terms of deciding whether he will run for Senate in Connecticut. That’s more than anyone has gotten from Simmons so far … and unless there’s some strange turn of events, it sounds like he’s in. Listen for yourself then you decide.

OK … credit where credit is due. Sindland wouldn’t let him off the hook and she didn’ t badger … she knew what buttons to push and drew him out and she got an answer. The Q poll question I think was the key to the interview and got the answer. Quinnipiac has Simmons up 43% to 42% in a blue state, an indication of respect for a man like Simmons as it is Dodd’s troubles. Could Dodd’s home in Ireland been the tipping point? 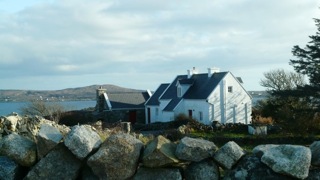 Rob Simmons actually nails why Dodd’s numbers are down and why ulitmately Dodd is in trouble … and it ain’t just the mortgages.

Memo to Catholics: Game Not Over

Time For The Treasury Nominee To Do The Patriotic Thing