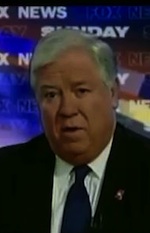 Well here’s the question of the day. Should we stop deep water drilling until the cause of the New Horizon rig explosion is known? Two Gulf Governors say no.The first of course was Bobby Jindal, who is dealing with the issue at hand, the clean up. But when Governor Barbour came out and added his voice to the “keep drilling” crowd, he also came armed with facts, and the record shows drilling has been safe.

Loss of jobs along the Gulf would be a disaster on top of a disaster, especially as Barbour says, the safety record has been better than good. But isn’t a pause in order while we figure out what caused the blow out? Or is it still “drill baby drill”? You tell me.

The Government strikes again: Gulf fisherman who don’t work get more than those who do

Obama: Bloom off the rose … continuuuuuuued