I can not comprehend how stupid these people are. Supposedly when Rep. Gerry Connelly (D-Va.) was visiting with Mexico’s attorney general, he asked what was the one thing the United States could do to help Mexico in their battle against the drug cartels. They wanted the federal assault weapons ban (AWB) brought back of course!

Idiots all of them. Stupid pandering that would do nothing to quell the out-of-control violence in Mexico. Attorney General Holder’s answer was not a surprise – the administration wants to bring it back.

This administration has consistently favored the reinstitution of the assault weapons ban. It is something that we think was useful in the past with regard to the reduction that we’ve seen in crime, and certainly would have a positive impact on our relationship and the crime situation in Mexico.

Catch that second sentence? Holder actually stated the Obama administration thinks the AWB was useful in the past with regard to the reduction that we’ve seen in crime. WTF? The federal AWB expired more than seven years ago. Since then, the sales of sporting rifles – a.k.a. extraordinarily dangerous assault weapons – have gone through the roof especially during and just after the 2008 federal election. Manufactures could not make the things fast enough.

Of course, after the AWB expired, the gun-grabbers claimed “blood would run in streets” throughout America. Bull shit. There is no evidence that would or did come to be, rather just the opposite happened in the United States.

Has Holder even bothered to look at the FBI crime statistics? The FBI is part of the Department of Justice right? How do people allow Holder to outright lie like this?

Of course, Mexico has an issue with a small percentage of weapons that might cross into their country. We’ll maybe if we both made the effort to secure the border, Mexican law enforcement would cooperate with the DOJ, and the ATF would stop letting guns walk into the hands of the drug cartels, Mexico wouldn’t have such a big issue. Then their is that whole War on Drugs thing… 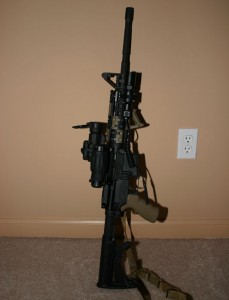 Fig. 1: NOT Defined as an "Assault Weapon"

What was the definition of an assault weapon in the federal ban?

Good question. First, it had to be a semi-automatic rifle that had a detachable magazine (usually with a maximum of between 10 and 20 rounds) and two or more of the following.

All of these rifles generally had a pistol grip, therefore if you had something like what is shown in Fig. 1 to the right, it was a perfectly legal rifle under the 1994 Clinton Federal Assault Weapons ban.

In other words, the Obama administration – Holder included – and the attorney general in Mexico draw the hard line at having either an adjustable stock, flash suppressor or a bayonet on a rifle. Somehow those features make the rifles extraordinarily dangerous.

What the hell are they smoking? How the hell will banning an adjustable stock help slow or stop the violence in Mexico?

(Don’t worry about grenade launchers  … even if you had the launcher … you can’t get any grenades.)

Look, the chance of a new federal AWB passing within the next four years is slim to none. That said, I’m willing to bet the DOJ and the Obama administration will do everything they can to completely eliminate Congress from the equation and “make things happen” without having to deal with Congress at all. You know … ignore the will of the people.

Check out Holder’s testimony from last week starting at about 2 hrs & 25 minutes. Connelly – a complete idiot – seems to have an issue with the penalties. He thinks they are not tough enough and Holder agrees and likens the penalties for straw purchasers to be consistent with a speeding ticket. Oh really? The penalty for making a straw purchase – a felony – is a maximum of 10 years in prison, up to a $10,000 fine or both. The straw purchaser as well as the person who unlawfully takes position of the firearm can both be charged.

If those criminals are getting off with what amounts to a $300 speeding ticket, whose fault is that?

Connelly sat there and made it seem the Republicans were ignoring that issue when in reality Congress dealt with it years ago. Connelly is pointing out for us Judicial Branch of the government (Holder) isn’t charging them to the full extent of the law or he’s making stuff up out of thin air. Notice his attitude in the video. Bastard.

That said, in Sept. 2011, a straw purchaser was convicted and sent to prison for 10 years. A quick search on the DOJ website also provided this case where the woman pled guilty and faced “a maximum sentence of ten years in prison without parole, followed by three years of supervised release and a fine of up to $250,000”.

Those are not speeding tickets and I’m not an idiot. If Holder and Connelly think they can pull this crap with me watching, I’ll do what I can to stop it. Again, the relevant testimony as it pertains to this post starts at the 2 hr, 25 minute mark.

Must see video: Cong. Trey Gowdy tells Democrats to “bring it” in Fast and Furious case

Giuliani to Obama: Incompetent and irresponsible

Well isn’t this interesting – Santorum in Colorado, Minnesota and...