Second Amendment advocates will be tempted to start the “we should ban knives” mantra, but that’s not helpful. This is an opportunity for local and national leadership in this country to open a fresh dialogue about the stigma of mental illness, and how just about everyone sweeps this discussion under the rug.

I’ve written about this many times, and back in Dec. 2012 I wrote about our reaction to mental illness and traumatic brain injuries (TBIs) and how we deal with detectable mental health issues.

… having that discussion with friends, family or co-workers is taboo in the United States and probably around the world. These issues are not spoken of, they are private … not discussed. It’s not our place to judge, but is it not in our heart to help?

Yet gun owners are placed into a group that must not be trusted. They are the easy targets, and therefore ridiculous legislation is proposed and implemented to limit their freedoms. Since dealing with mental illness is extremely hard, leadership goes the easy route, blaming guns and gun owners. They are cowards, and our leadership should not be cowards. We put them in office to deal with the hard stuff, not take the easy route.

On to this morning’s breaking news from Brooklyn, New York, with my emphasis.

A crazed man turned a Sunset Park, Brooklyn, home into a slaughterhouse late Saturday, leaving a 37-year-old mom and her four young children stabbed to death.

A 25-year-old suspect — preliminarily identified as the children’s mentally troubled* older cousin — was arrested after being subdued at the scene, his feet bare and soaked in blood.

Cops seized a machete and scissors from the home as evidence, a law enforcement source said.

Now the question … will Mayor Michael Bloomberg offer condolences, legislation, or funding for mental health teams? If this was a shooting, we know exactly what he would be doing – pushing for additional gun control. I’m not at all familiar with mental health issues and treatment options and my guess is Bloomberg does not know much either. What will he do?

We know gun-control advocates running for office are worthy of at least $350,000 in Bloomberg dollars. Heck anti-gun Virginia governor candidate Terry McAuliffe received $1.1 million from Bloomberg for his race. Whatcha gonna do Mike the Billionaire?

If history is a guide, this terrible tragedy will be mourned, and forgotten.

* I do want to point out the only indication this man was mentally troubled was from the NY Post article linked above. The New York Times is stating the 25-year-old unemployed suspect was the cousin of the father, and had moved from Chicago about one week ago.

Yet another task force 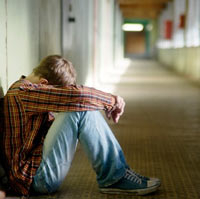 $27.5 million to change font of street signs in New York City … but

Murder-suicides do have something in common – it’s not firearms