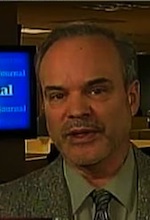 Yet one more attempt by Matthews to draw a link between Tucson shootings and political talk from the right. My guess is the left is not going to quit on this narrative. As Congressman Cohen said yesterday … repeat a lie often enough. No wait, that was about the right. Sorry.

Matthews brings former Mayor Willie Brown and Michael Hirsh on to talk gun metaphors, the right, and political violence. Hirsh has just published an article on this and what we get is that … no … no crime statistics back up the premise … but … historians and academics tell Mr Hirsh that there is a long link. Got that … no link, but we know there is one. Two bites for your perusal. The first where Matthews and Hirsh try to make their case. It’s laughable.

Unbelievably, Matthews follows up by bringing up the Kennedy assassinations, which he admits had nothing to do with conservatives, but still in Chris’ mind it means it could happen with the right. In bite two, Hirsh , to his credit, seems to admit there is no direct link to political talk today and violence … but to Matthews delight … he calls for a “social” ban on gun metaphors, which he likens to … racial vindictive?

So let me see if I have this right. We can’t point to one incident where talk on the right has led to violence or death, there is no direct connection between gun metaphors and attacks on politicians (well except the Kennedy assassinations which came from a commie zealot and a religious fanatic) and yet we need to ban phrases like, “kill the bill”, and “repeal the president”? Really? No, really.

What about … ummm … Nazi language?

Democrats and the new “civil” discourse
Scroll to top