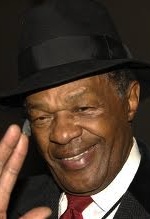 Ninety-four percent of Ward 8’s population in Washington, D.C. is non-Hispanic black and 0.5 percent is Asian. Does former mayor Marion Barry – the councilman representing the ward – have an issue with Asians running businesses in his district?

It would seem so.

Note how respectful U.S. Pan Asian American Chamber of Commerce President Susan Allen is after she was told about the remarks. At what point is it OK to diss a guy like Barry? She stated…

“I was very surprised that this came out of his mouth,” she said. “Marion Barry has been a leader, he has been a mayor and he had worked on putting people together. We should utilize people like Marion Barry to put people together so that the Asian-Americans who have made the decision to move into place like Ward 8, which need businesses to service them and provide them with the services and product they want and create jobs.

He made the comments after winning the primary on Tuesday night. From Fox News.

“We’ve got to do something about these Asians coming in, opening up businesses — those dirty shops,” Barry said Tuesday night, after winning the Democratic primary for the city’s Ward 8 seat and effectively securing a third council term.

Barry went on to say: “They ought to go. I’ll just say that right now, you know. But we need African-American businesspeople to be able to take their places, too.”

OK, all of that said, I’m going to take a guess at what Barry meant when he referred to “dirty shops.” Question: Is there a high number of adult stores – owned by Asians – in his ward? I was able to find a couple of references online to Barry cleaning up areas of Washington, D.C. that had “a lot” of sex shops. I found one reference to Barry cleaning up an area of 14th Street SE that included a wide variety of adult options.

That said, the former crack-smoking, bitch-set-me-up, prostitute-hiring Mayor Marion Barry does seem to be a strange stalwart for that particular cause.

Either way, Barry seems to have the ultimate goal of removing some businesses and their owners with African American-owned businesses and owners … and this is what passes for leadership in the poorest area of our nations capital. Oh, joy.

Hat tip to Michelle Malkin’s Twitchy site, but I have an issue with her headline. Barry mentioned “dirty shops” not dirty Asians. I guess if an Asian runs a dirty shop, that Asian might be dirty too … but it’s a bad headline that does not help much.

Update: It has nothing to do with adult establishments. My emphasis in bold.

On Thursday afternoon, Barry’s Twitter account began tweeting out pictures of Asian restaurant establishments, insisting that his comments were “taken out of context” and that he was not trying to insult the Asian community.

So are all of the African-American owned establishments much better looking in southeast Washington? Are they kept much better? Do they get better health department grades? Next, we’re going to see the Asian community start Tweeting photos of dumps owned by African-Americans, and trust me, there will be plenty of them in Ward 8.

Again, it’s the Democrat that breaks things down by race. All he had to do was completely eliminate any reference to race in his statements and he would have been fine, and everyone would have agreed with him. But since he’s been trained for years to look at things broken down by race, this is the crap you get.

You know its getting bad…
26 replies