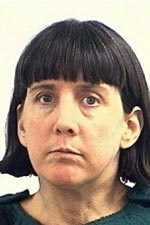 Michelle Malkin’s syndicated column today details just a few of the high-profile stories from 2009 and 2010 where conservative talk, Fox News and TEA Party members were immediately blamed in the hours after violence occurred.

Malkin, myself and others will continue to highlight these events in defense of conservatives as long as the media, pundits and elected officials shoot off at the hip in attempts to never let a high-profile event sit as-is, if a message can be manufactured to blame the right.

For the past two years, Democrat officials, liberal activists, and journalists have jumped to libelous conclusions about individual shooting sprees committed by mentally unstable loners with incoherent delusions all over the ideological map. The White House now pledges to swear off “pointing fingers or assigning blame.” Alas, the Obama administration’s political and media foot soldiers have proven themselves incapable of such restraint. 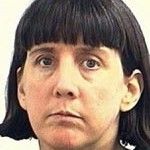 In February 2010, ticking time-bomb professor Amy Bishop gunned down three of her colleagues at University of Alabama-Huntsville and suicide pilot Joseph Andrew Stack flew a stolen small plane into an Austin, Texas, office complex that contained an Internal Revenue Service office. Mainstream journalists from Washington Post columnist Jonathan Capehart to Time magazine reporter Hilary Hylton leaped forward to tie the crimes to Tea Party rhetoric. Never mind that Bishop was an Obama-worshiping academic with a lifelong history of violence or that Stack was another Bush-hater outraged about everything from George W. Bush to the American medical system to the evils of capitalism to the city of Austin, the Catholic Church, and airlines.

CNN: Ya know those Tea Party Freshman are gunna be trouuuuuuble
4 replies

Good news: Your elected officials do NOT know the constitution – Take...
Scroll to top