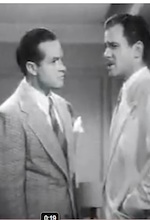 By now, my fascination with zombies is pretty well known. It’s the one monster movie genre that can catch my attention more than any other. It’s not the horrific, or the amazingly awesome powers these slower than turtle creatures have. No, it’s the real life lessons we learn from the undead, and the parallels with real life human nature.OK, I understand that back in the day monster movies made statements about we are as a nation and sometimes humanity itself. But today, producers seem to go just for the horror and pass on the message. Well give me a moment to draw some parallels.

Now there are plenty of messages for both the left and the right. The left of course would, more than likely, come to the defense of zombies if they were real, on a number of different fronts, but mostly through changing the narrative.

You get the idea. Controlling the language makes something horrifying seem so much more … well … palatable. “Oh look, honey, those poor undead. Do we have anything we can toss out for them?  Sure dear. How about the kids? They’re radically expensive anyway.”

The left would have you believe that none of the issues tackled in the “Tyranny” trifecta are in danger. That such thoughts are, ummm, fantasy. But if language is softened in order to make “soft tyranny” acceptable (H/T Mark Levin), it still only works if we allow such tyranny to continue to creep into our lives.

My ultimate zombie question has always been, how do they catch us? How is it possible for the undead to get us if they have trouble keeping up with snails on a slow day? The answer was right there in front of me and I never noticed. Zombies catch you because YOU let them catch you. They sneak up on you, moving slowly and kinda stealthy (well as stealth as an undead person can be) until … bam … your door is blown out and you become the protein powder that keeps em at that peak performance.

And so it is with the progressives. First God, then guns, then … you. Poof, or is that slurp. But, for those who are vigilant, for those who see the creeping and the sliding and life blood of democracy slowly being sucked away, there is hope. It starts with one voice, one person, in a zombie movie …. but just as slowly other “humans” begin to show their faces and fight back, and, surprisingly to some, find that fighting these zombies, is easier than they had thought.

I apologize if I have ruined zombie movies for you. Now, whenever you watch, you will be looking for analogies with lefties … too busy to enjoy the fright of it all. But then maybe that’s good. Sometimes real life is more frightening than a Hollywood movie. Sometimes the zombies are us. 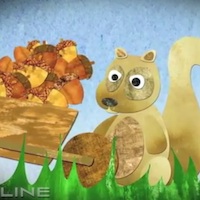