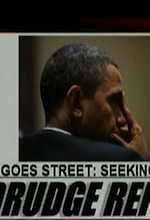 This is too much … oh and yes … it’s also another media indictment of the “Tea Party”, and frankly this is starting to get a little old. Every time this President gets in trouble, which is often, the main stream media rides to the rescue with the charge of “raaaaaaaaaaaaaaaaaaacist”. It begins with yesterday’s column in the WP by Jonathan Capehart … and concludes last night with an interview of Make Halperin of Time.

This is the relevant paragraph:

We all know one reason Obama won’t “go off.” He’s just not wired that way. Overt expressions of rage (or any overheated emotion) are not in his personality.

But there are other reasons he can’t “go off.” Consider the Angry Black Man. That bogeyman who haunts many African-American men, particularly professionals, who scares us into zen-like tranquility when fury is warranted, whether or not we are prone to it.

His MSNBC buddy, Mark Halprin of Time Mag, appeared with O’Reilly last night and defended his lefty buddy … and indicted the Tea party and Matt Drudge as well for his headline “Obama Goes Street”as well. 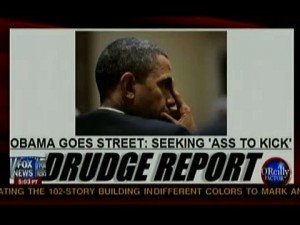 The best (as in most laughable) part comes toward the end when Halperin challenges O’Reilly to come with him to a Tea Party as he points out the raaaaaaaaaaaaacists.

This is getting old. I am so very, very tired of the assumption of racism among people who are simply middle American folk who don’t believe in the President’s statist policies that rob them of cash, freedom and choice, while bankrupting the nation in the process. But I agree, it is about color. Greeeeeeeeeeeeeeeeen.

Praise The Lord? … or the One?

Blumenthal still up 20 … McMahon closes but negatives power the numbe...
Scroll to top