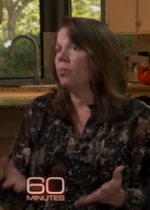 It really is worth watching because it outlines beautifully (umm, pardon the adjective) the problem facing 14 million Americans. Relying on food stamps, unemployment checks, and neighbor kindness to stay afloat in an economy that clearly is not recovering, merely treading water.

As you scroll this report make note of what it is these people with PhD’s and MS’s want more than anything. The first video, life on employment, while shorter, is maybe more to the point. The second video is the entire 60 Minutes report and the first 3 to 4 minutes is all you need to see.

But it’s not more unemployment benefits these people want, it’s a job and you will see in the shorter second video, Nancy Pelosi’s stimulus doesn’t go very far. 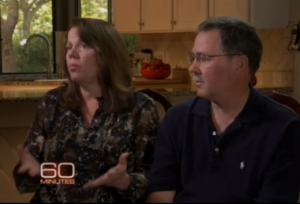 and here’s the full 60 minutes piece. 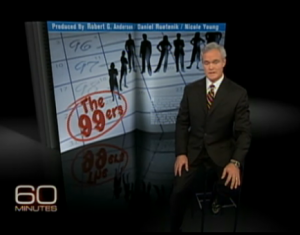 Last but not least … 42% (6 million people) of the unemployed have been out of work for 27 weeks or longer. The worst since the Great Depression. Time to replay Nancy Pelosi’s cure for their ills.

UPDATE: Sorry about the broken links above. The CBS embed code wasn’t working … so instead I am taking you right to my boss’ site.

UPDATE 2: I thought I would include Ed Morrissey’s take on the 60 minutes report, as it never crossed my mind as a loyal CBS employee. Credit to Ed for catching this. My bad.

The shock here isn’t the news that CBS reports, but the fact that CBS reports it at all — or at least before the midterm elections. Give 60 Minutes full credit here; they don’t soften the blow. Indeed, they report that the actual number of unemployed, underemployed, and those who have given up looking for work altogether puts the unemployment rate at almost double the awful 9.6% mark used by the Department of Labor, and instead hits 17% nationwide and 22% in California:

Indeed. But this is what journalism should be.

Stimulus … Throw it from helicopters

Blame for the current unemployment rate

Pelosi Denies Reports: “I did not know about torture.” UPDATE: Hoekstra “Pelosi Knew”